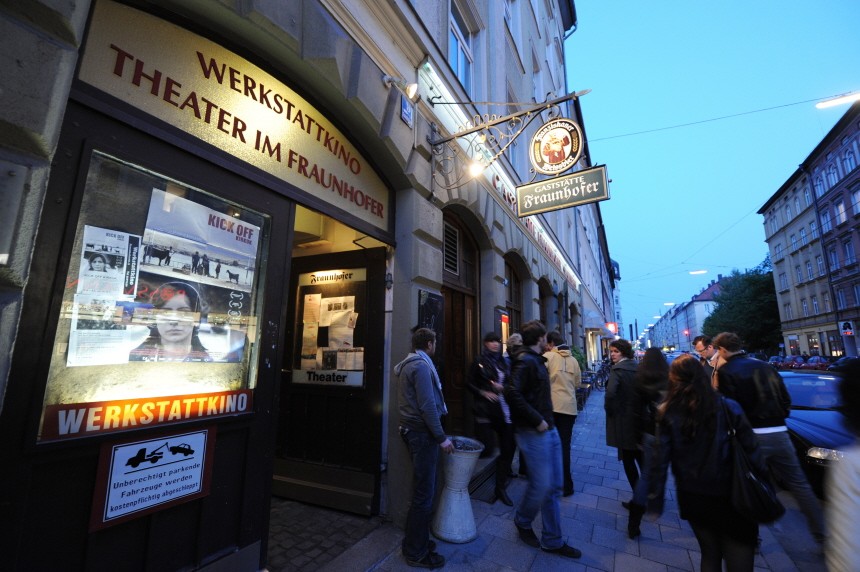 In Fraunhoferstrasse it hides: a jewel of the Unexpected, a catacomb of seeing, a tavern of Kintopp. Through a musty corridor to enter into a backyard. The right finish alongside the Fraunhofer economy that radiates the smell of Siebzier forever leads down into Werkstattkino. It has arrived in the underworld of the images, in the belly of Kinowelt. The small lobby with Checkout and billboard exudes the glamor of the essential, and in the auditorium, with its nearly 60 places you can not help but to think of Plato’s allegory of the cave. If the original cinema Gong has ushered the idea of ​​the mysterious play of light and shadow is sensually perceptible.

The contrast irritates the Werkstattkino people: So are Otto Muehl actions alongside Luis Trenker films, Argentine adult film alongside Christian Todesmelodramen, German Puff movies next biker movies. Last year you could see here Bruce Brown Surf lyrical film “Endless Summer” and rediscover the films of Roger Fritz, Will Tremper and Rosy Rosy. For some time, so do the premieres of feature films and documentaries, which otherwise would have no chance to come to Munich to the movies.

The Werkstattkino is a permanent school of seeing, a visual field of experimentation where one can check his prejudices and viewing habits. And it is obviously a labor of love on the part of the maker (four men and one woman). Everyone in this quintet does everything: from the cash register on the always excellent demonstration to programming. Not to forget the nice handout that appear on each program. If one were to summarize the Flyers the last 20 years, came out an incredibly exciting film book.

The makers themselves are always remained seekers. Around the world, they buy movies for the archive in order to remain independent of boring rental policy. Currently it participates in the making of a copy of Mathias White ‘long verschollenem film “Blue Velvet”. And archive of the workshop theaters are known for film freaks beyond the borders of Munich of Germany. Film historian Jack Stevenson and Michael Weldon raving in Anglo-Saxon publications from a small outsider cinema, a true cinéma maudit in distant Munich.

Until the opening of the workshop on 03.04.1976, it was still cinemas tear brick walls and hochzumörteln again and replace the parking requirements of the (as always) obstructing authorities with 16,000 Mark. But above all, wanted Myriarden of discussions about the articles of association be placed behind him – ‘so I mostly stayed away from there. A wonder that from this Sauhaufen should develop a functioning game operation. ‘ Sauhaufen and Saufhaufen: ‘Every day we spent our evenings in the’ Fraunhofer ‘.’ The birth of cinema from the beer – and from the Bundeswehr frustration. As conscientious objectors was then almost even more complicated to set up than a movie, it went off shortly before curfew in the barracks. Rainer was still living the way to 1977 in the screening room, in living communion with the 16mm projector Siemens2000, later VII with a 35mm projector couples