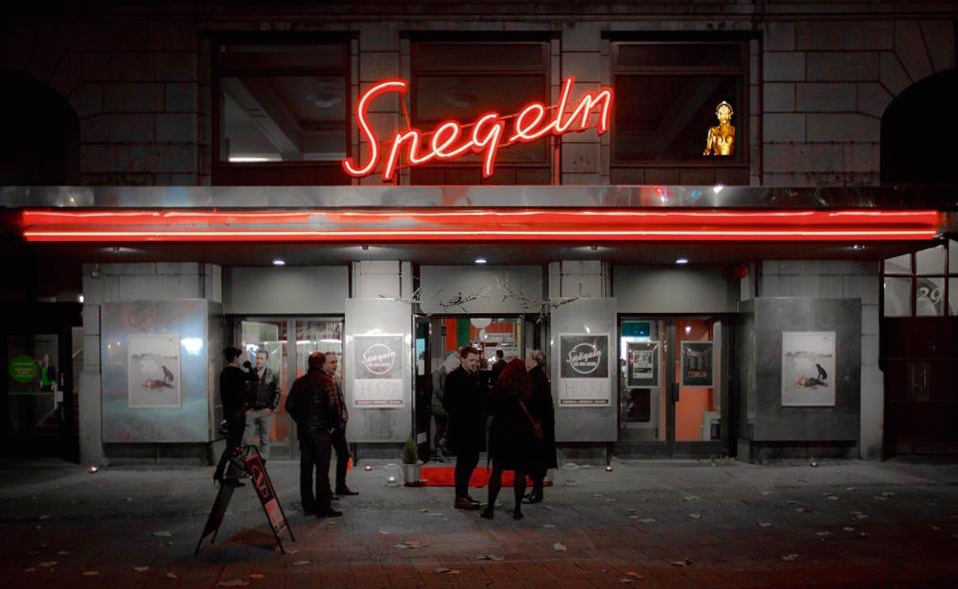 Cinema mirror situated on the Main Square in central Malmö. It is the old movie theater Alcazar, built in 1934 and later renamed the Camera, which since 1998 is called cinema mirror. Today the Mirror of People’s Parks and Community Centres. In November 2014 opened the mirror a bar and bistro, and became, with the Malmö’s first Biobar. The cinema and its bistro is KRAV-marked.

The mirror has three lounges, Salon Alcazar and Salon Camera with 167 and 64 seats whose name has historical links to the movie theater. Centre Bar Deco, with seating for 30, is a newly renovated salon in the Art Deco interior tailored for you to eat and drink for the film.

Cinema mirror was first in Sweden to install new 3D technology and can display movies, concerts and the like in 3D.