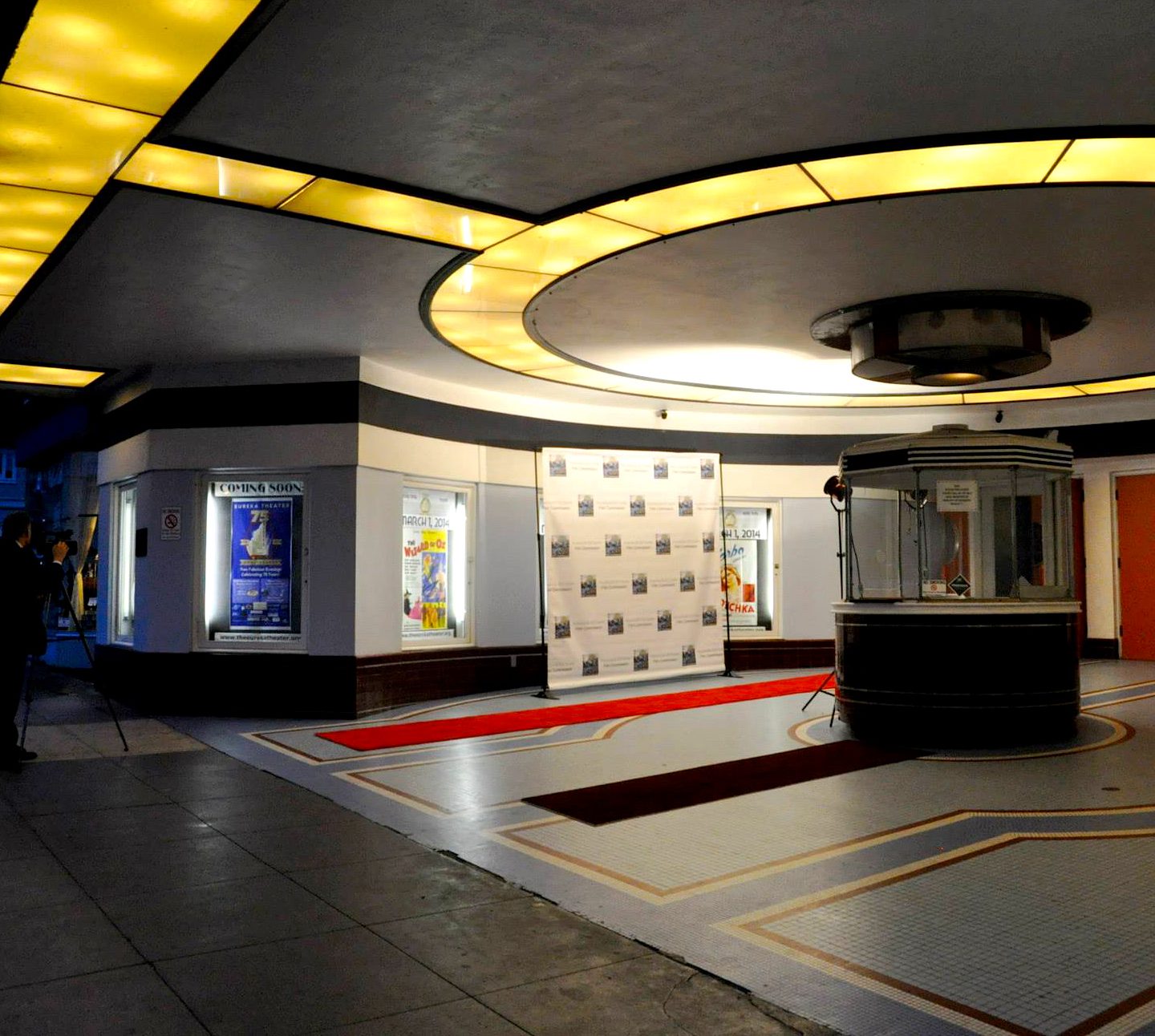 The Eureka Concert & Film Center is dedicated to the education of the general public in film, theatre, music and other art forms, rehabilitating and maintaining its historic facilities for instruction and public performances, displays, exhibits and other events.

The Eureka Theater in Eureka, California is currently owned and operated by a non-profit organization dedicated to its restoration. Opened on March 4, 1939, and designed by William B. David, the original seatting held 1,700 and today holds 1,200. The auditorium is 80′ x 100′, with a 35′ ceiling, and 40′ x 20′ screen. The height of the glorious Eureka blade marquee sign is 50 feet.

The theater is not open every day, but has at least one monthly film screening (sometimes more) and several performance events each month. While most of the movie screenings are on Blu-ray, the Eureka has two fully-functional reel-to-reel 35mm projectors, and a cinema-quality 16mm projector, screening at least one or two films on 35mm each year.