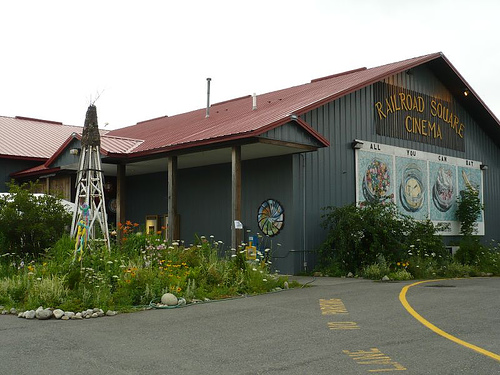 Established in 1978, Railroad Square Cinema is a three screen independent movie theater with the best popcorn in the known universe. We were saluted by the Sundance Film Institute as one of the first theaters in the country to be included in its Art House Project. Railroad Square Cinema is consistently recognized as one of the region’s top theaters and was named as one of “The Best 5 Cinemas in New England” in the Jan/Feb 2011 issue of Yankee Magazine! Read the full article.

In December of 2012, Railroad Square Cinema was purchased by its longtime partner, the Maine Film Center, representing a consolidation of independent film resources and talent under one 501(c)(3) organization.