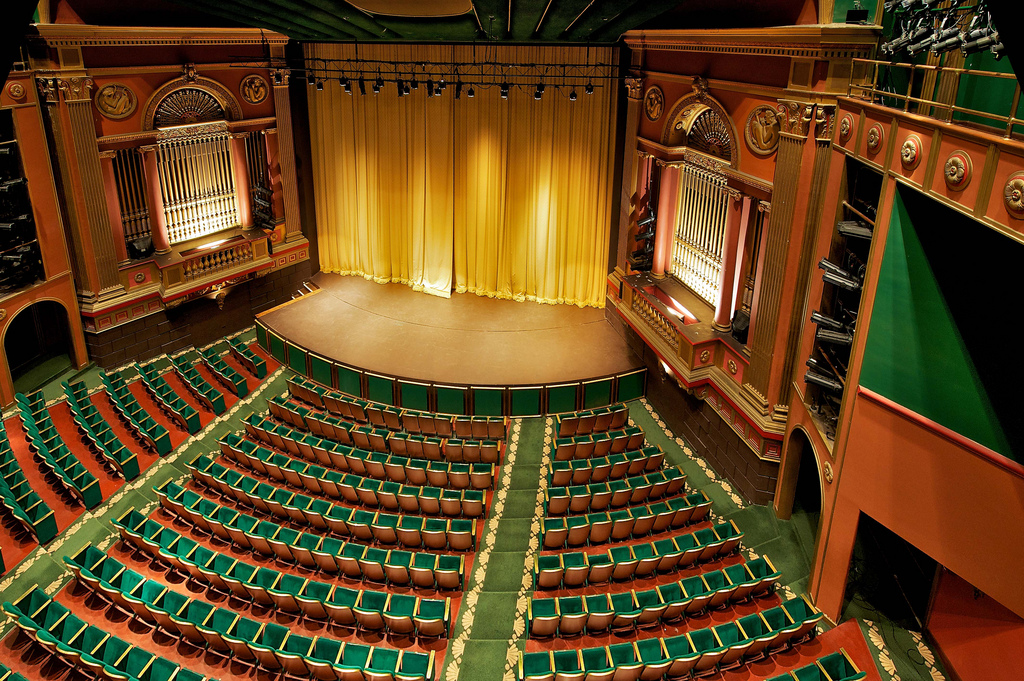 Originally a 1929 silent movie theatre the Stevens Center is a magnificently restored neoclassical theatre located in downtown Winston-Salem, NC. Re-opened in April 1983, the Stevens Center is the primary performance space for the University of North Carolina School of the Arts as well as the Winston-Salem Symphony, Piedmont Opera Theatre, and several other local and state arts organizations.