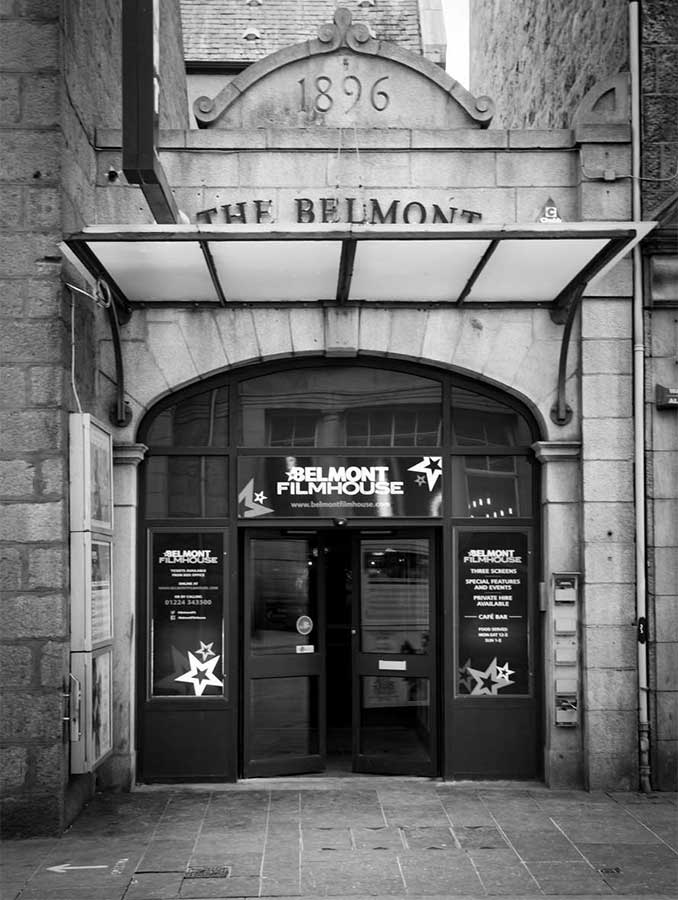 What is now Belmont Filmhouse was built in 1896 as a trades hall.

The first film was shown on the premises in 1898 and featured footage of Queen Victoria at Balmoral, establishing a tradition of hosting visiting cinema shows. In 1910 it turned to permanent film as the Coliseum, and was refurbished and reopened as the New Kinema in 1921.

After another refurbishment in 1935 it was renamed the Belmont Cinema. It closed in 1953, and the building was converted into a warehouse. It reopened as The Belmont Picturehouse in September 2000 after a major refurbishment by Aberdeen City Council with assistance from the National Lottery and Scottish Screen. In 2014, the Centre for the Moving Image was selected to take on the management and the Belmont became Belmont Filmhouse.

Since its inception Belmont Filmhouse’s sister cinema in Edinburgh has been the home of the Edinburgh International Film Festival. The two organisations have always worked closely together, and in 2009 the formation of the Centre for the Moving Image (CMI), a registered charity was created which incorporates Filmhouse, Belmont Filmhouse, EIFF and Edinburgh Film Guild.