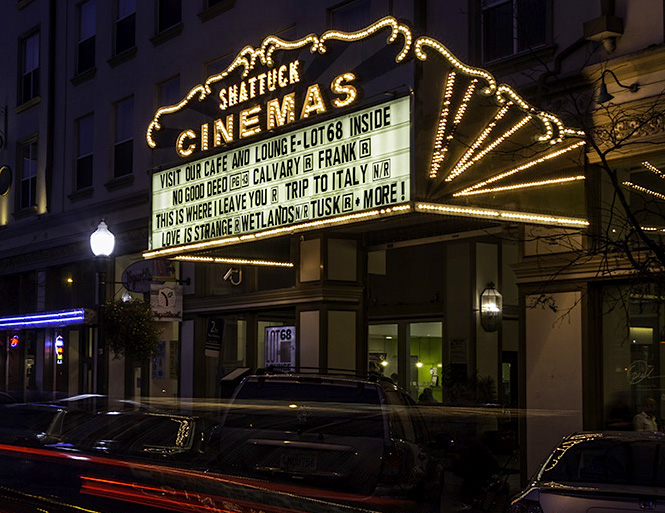 Built from the shell of the legendary Hink’s Department Store, the Shattuck Cinemas was the brainchild of Allan Michaan of the Renaissance Rialto theater chain. However, by the time of the Shattuck’s opening in 1988, ownership was in the hands of Cinerama, and soon after in Pacific Theaters (currently the operating chain is Landmark Theatres).

Still, the Shattuck’s appearance is true to Michaan’s original vision. The entranceway and lobby’s classical pillars and ceiling are remnants from the Hink’s store (though painted and touched up); the eight original theaters, of varying sizes, are Egyptian and Moorish styled and have opening and closing curtains; in effect (like the small Grand Lake theater additions) they are smaller-scale versions of the old picture palaces of yesteryear (two of them even have balconies).

Originally an eight-plex, the Shattuck added two more cinemas in an expansion about 2,000 (which, at least initially, are, in this writer’s opinion, nothing like even the blandest of the original eight).

Since the closing of the UC Theatre in 2001, the Shattuck Cinemas has devoted a portion of its programming to UC-like repertory programming (showing offbeat films in limited release).