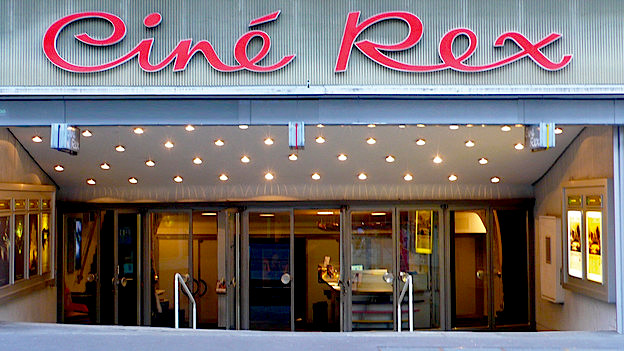 Film art and cinema culture in all its variety; that’s what the Kino REX, the new theater of the former Kino Kunstmuseum, stands for. The Kino Kunstmuseum closed down on September 30th 2015. At the REX, we continue the programming philosophy of the Kino Kunstmuseum. In addition, we can now present our films in a location right in the city center and in two screening rooms. In the form of retrospectives we represent extraordinary directors, film historical eras, national cinemas, genres, developments in film technology and interaction of film and art. The focus of the Kino REX is international, at the same time however we also provide much space for Swiss film and Bern film makering. With our arthouse premieres we add to the variety of new releases. A detailed program brochure as well as introductions and discussions in the theater accompany the films provide additional information to the audience.

The Kino REX is operated by the Cineville cinema club which in 2003 took over the operation of the Kino Kunstmuseum (founded in 1983). The Kino REX cooperates closely with the Kellerkino.