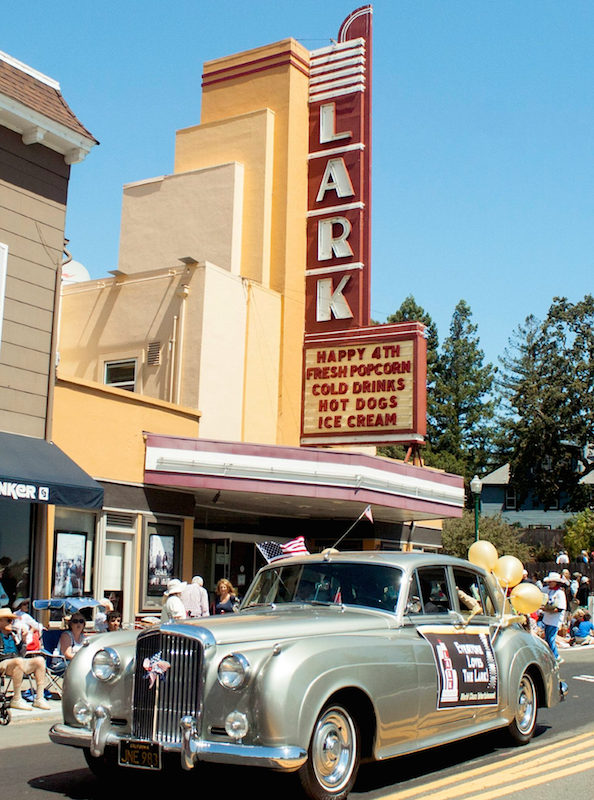 Located in historic downtown Larkspur, nestled at the foot of Mt. Tamalpais, the Lark Theater was in line to become a distant memory. This rundown single screen art deco landmark, originally built in 1940, was threatened with demolition following years of complete closure.

In 2004, Bernice Baeza and Heidi Hillenbrand with the help of a dedicated group of volunteers, refurbished the Lark’s entire interior to it’s original 1936 glory including a renovated lobby, red velvet seats, an art deco mural, new light fixtures, state-of-the-art sound and visual system, and a revitalized marquee brightly shining as the north end anchor of the historic downtown.

In 2007, donations from more than 800 individuals helped provide permanent ownership. Our success is an example for small towns everywhere to save their rapidly disappearing local historic theaters, and with them, a unique neighborhood experience. Saving the Lark Theater from demolition and restoring it to create a community cultural center has been an extraordinary accomplishment.