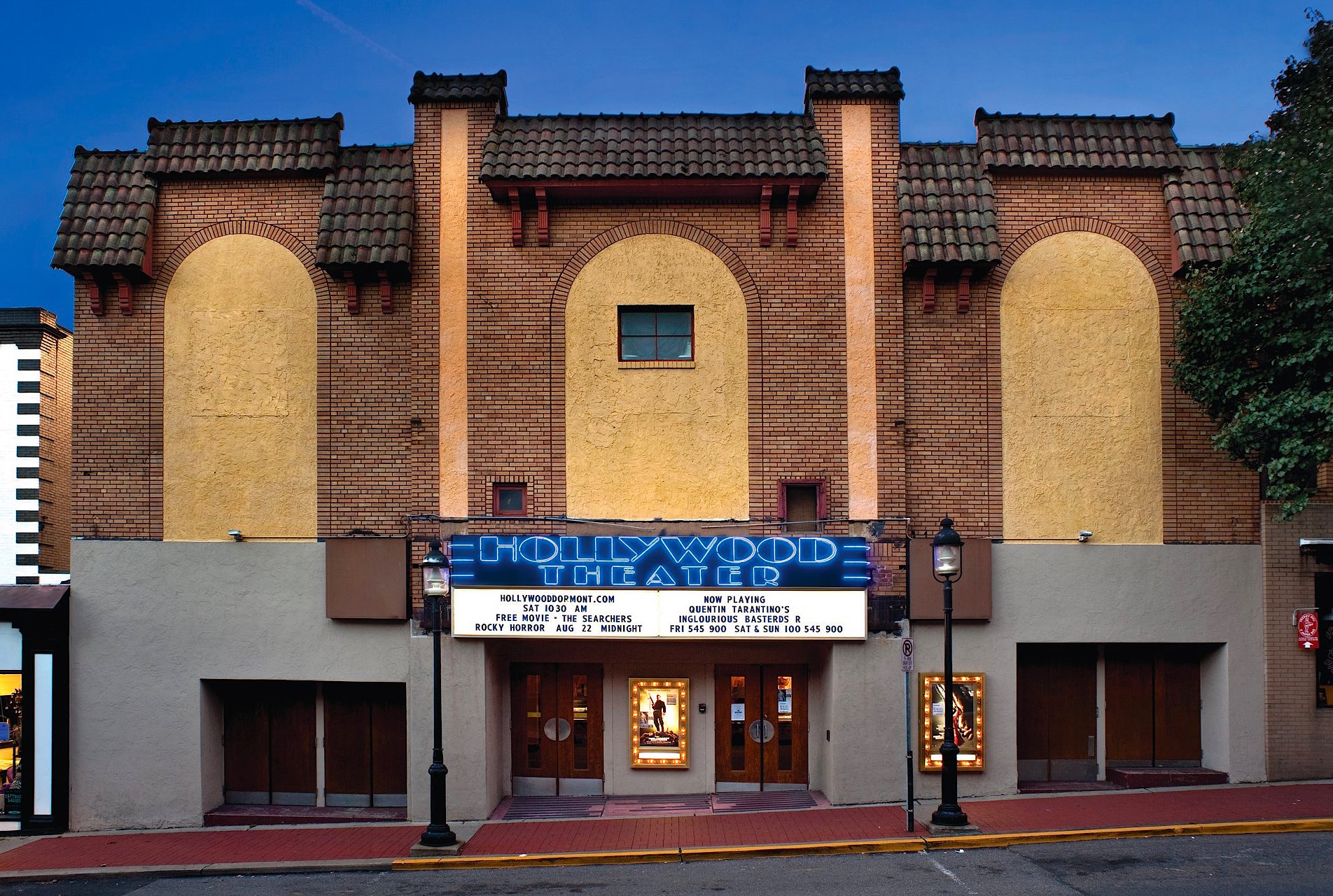 The Hollywood Theater opened around 1924 with bowling and billiards in the basement. By 1933 RKO Stanley operated the theater. In the 1940s, Warner Bros. purchased the theater from the Murray family and subsequently gutted and remodeled the building. The theater had a seating capacity of about 650 downstairs and 250 in the balcony. For many years in the 1950s and 1960s the Hollywood Theater was one of Stanley Warner’s main second-run neighborhood houses in Pittsburgh, and even enjoyed a spell as a first-run house in the late 1960s. The Hollywood played Warner, Universal, RKO, Disney, and United Artists films. The Harris South Hills, about a mile away, ran competing Fox, MGM, Columbia, and Paramount films (Note: The South Hills Theater was razed in 2010). The Hollywood Theater’s original marquee, which contained thousands of bulbs and two glass attraction panels, was removed when the city widened the street and the glass tile facade was replaced with stucco.

The advent of the VCR and Blockbuster video stores in the 1980s severely affected attendance at theaters, especially second-run movie house like the Hollywood. The theater eked along, but by the mid 1990s, the interior was showing signs of age and neglect. It closed in 1998.

In 2006, the Bradley Center, an agency serving children with mental, emotional, and developmental disabilities, signed a lease with the building’s owner, Hollywood Partners, LLC, and renovated the theater. During the renovation process, seating was decreased to 300 to offer more leg space and a more comfortable viewing experience. When it reopened the following year, teens from the Bradley Center manned the theater to gain essential work experience. Unfortunately, the venture did not work and the theater closed in 2008. A group of mid-west investors were the next to give it a try, reopening the Hollywood in August 2009; it closed again in the spring of 2010.

Enter the Friends of the Hollywood Theater, who reopened the theater in May 2011, and began a new chapter for this historic building…