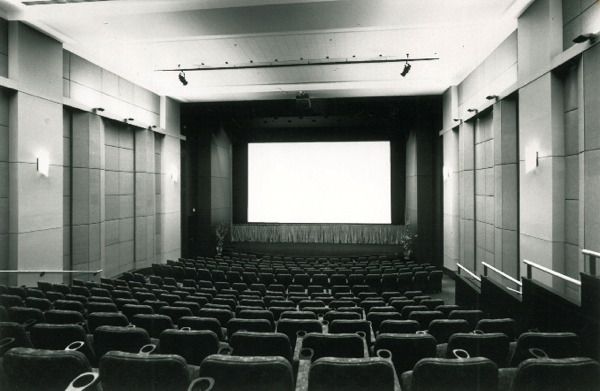 Following the theater’s 1991 inauguration, The New York Times’ film critic Vincent Canby confirmed that the Walter Reade Theater is “Manhattan’s most attractive and most elegant moviehouse since the Roxy…bridges the gap between art and commerce, and accommodates our romanticized movie-going past without denying the practicalities of the present.” This notion remains true today, as the Walter Reade has lived on to showcase the best of the best of the world’s cinematic artists.

As the Film Society’s first home within the Lincoln Center complex, the Walter Reade Theater is dedicated to showcasing the art of film. From filmmaker retrospectives to new releases to festivals highlighting emerging talents from across the globe, the theater exposes a wide array of contemporary and classic movies to attendees of the Film Society. Audiences of all kinds enjoy the Walter Reade. The theater’s year-round schedule includes three to four films daily, alternating a variety of titles daily.

The 248-seat theater offers a comfortable, elegant atmosphere to bring out the film enthusiast in all of its attendees. Offering presentations in 35mm, DCP, and other formats, the Walter Reade Theater showcases eclectic programs including documentaries, foreign films, independent films, children’s films, shorts, silents, classics, experimental cinema, and even live music in a state-of-the-art facility. Frequently, the Walter Reade hosts guests for question and answer sessions following films, as well as live conversations between talents and premieres for new films. There is not a bad seat in the house for fans to connect with their favorite actors, filmmakers, and other industry professionals.