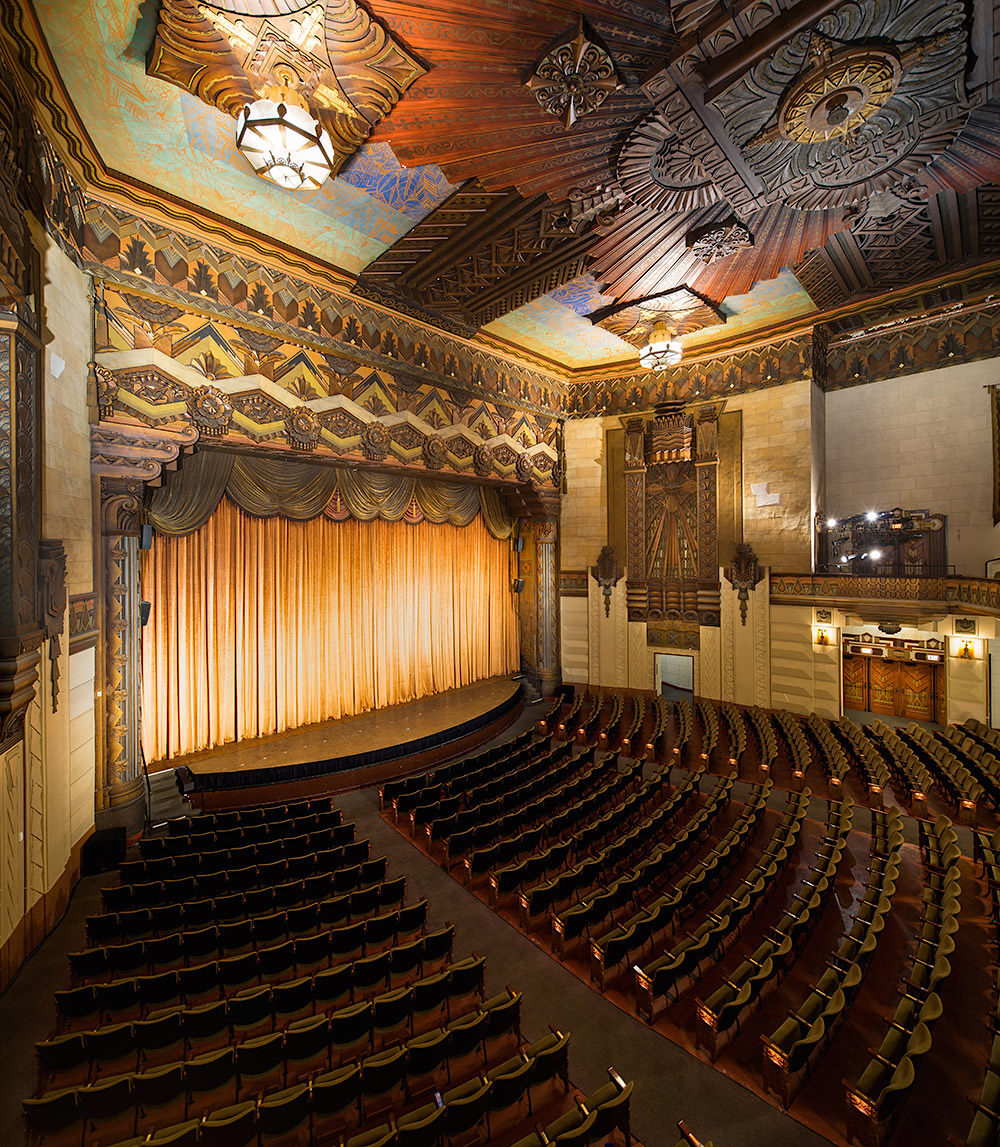 The 1500-seat Warner Grand Theatre opened on January 20, 1931, and became the first sound-equipped theater in the South Bay. Jack Warner, Jr. dubbed the theater “The Castle of Your Dreams,” and the glamorous picture palace became the center of public life in the San Pedro area. Many locals have fond memories of going to the movies there as a child, seeing double features and horror movies, and remembering the days when when the house was packed every Saturday. Since then, however, the era has faded, and so has the existence and use of many of the ornate theatres. It’s because of San Pedro’s strong community spirit that this Theatre still survives and now, again, thrives.

The Warner Grand was built by the distinguished team of architect B. Marcus Priteca and the artist Anthony Heinsbergen. This same team designed the Hollywood Pantages as well many others on the west coast and throughout the country. Priteca also designed Los Angeles City Hall.

The Warner Grand is built in the exuberant art deco-movie palace style popular in the 1930s. Some classic aspects of art deco are: lines, steps, sweeping curves as well as chevron patterns and the sunburst motifs. The finest examples in the Warner Grand are on the auditorium ceiling and the mezzanine ceiling. This Theatre’s design has been called “Neo-byzantine.”