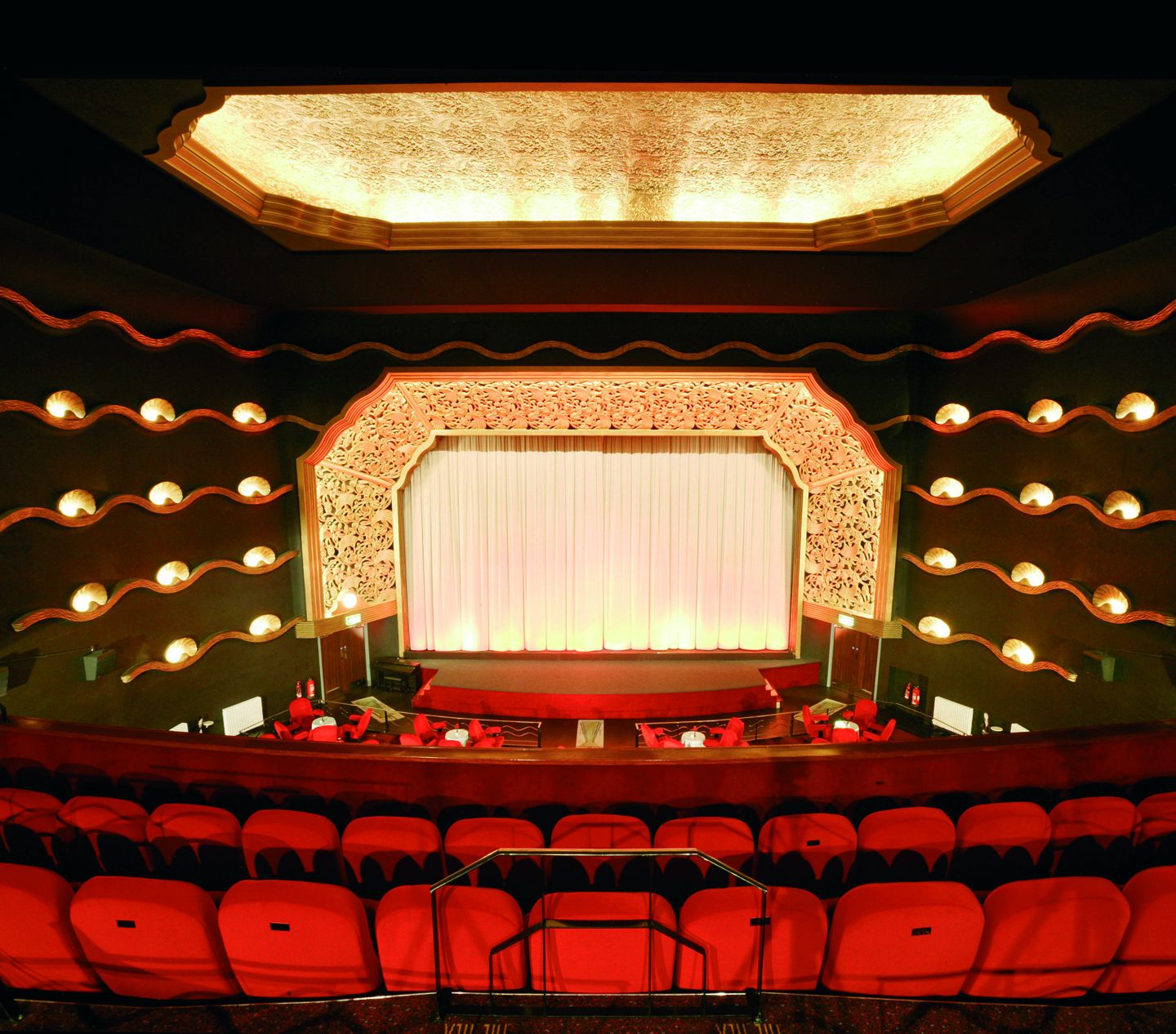 The Rex has one huge screen set in a glorious 1938 art-deco proscenium with the sharpest film projection and clearest non-booming sound anywhere in the world. Its seating is big and soft throughout. It has been called luxurious. It is better. It is civilized. It reminds us of what we have long stopped expecting from public buildings. The Rex Berkhamsted is open 362 days a year with a different film playing most days and nights. More often the small, little known films from across the world, return by demand to full houses over a sustained period.

The Rex opened with ‘Heidi’ starring Shirley Temple on 9th May 1938 to full civic applause. The Rex closed down on 28th February 1988 and reopened December 5th 2004. It now sells out almost every night, whatever the film.

The seating is not only generous (In all but two rows in the circle, even the tallest can’t reach the seat in front) It is spotless. Downstairs, in the ‘stalls’, you sit in big red, swivel chairs at small, round, candlelit tables, with white tablecloths to the floor.