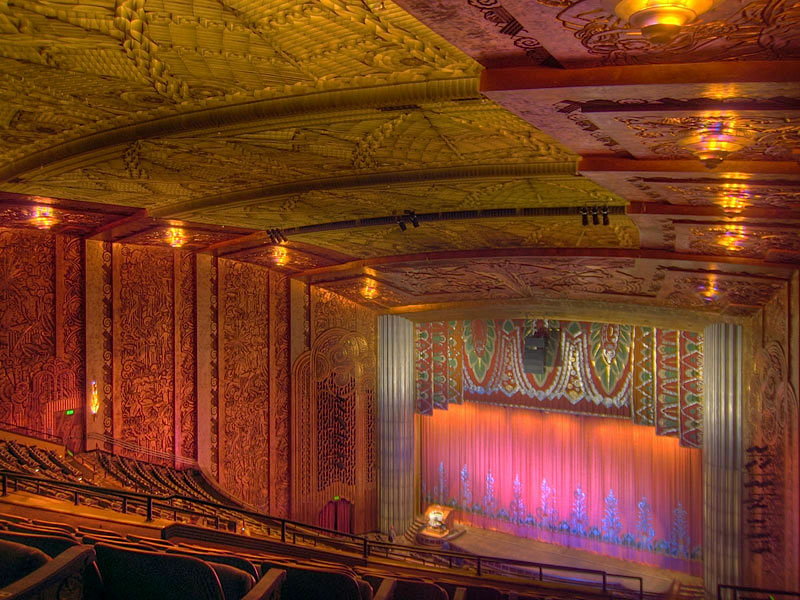 Oakland’s Paramount Theatre is one of the finest remaining examples of Art Deco design in the United States. Designed by renowned San Francisco architect Timothy L. Pflueger and completed in late 1931, it was one of the first Depression-era buildings to incorporate and integrate the work of numerous creative artists into its architecture and is particularly noteworthy for its successful orchestration of the various artistic disciplines into an original and harmonious whole.

After its initial brief blaze of “movie palace” glory in the 1930s, this remarkable auditorium suffered three decades of neglect and decline until its rescue by the Oakland Symphony, the City of Oakland and numerous private donors. The building was purchased by the Board of Directors of the Oakland Symphony Orchestra Association in 1972. A painstaking and authentic restoration was completed in 1973 and the theatre was entered in the National Register of Historic Places on August 14th of that year.

In 1975 the City of Oakland, the present owner, assumed ownership from the Oakland Symphony Orchestra Association. The Paramount Theatre became a California Registered Historic Landmark in 1976, and on May 5, 1977, was declared a National Historic Landmark.

Restored to its original splendor, meticulously maintained, and fully upgraded to modern technical standards, the Paramount now serves all the arts. The Paramount Theatre is the home of the Oakland East Bay Symphony and, as one of the San Francisco Bay Area’s premiere performing arts facilities, hosts a year-round schedule of popular music concerts, variety shows, theatre, and, of course, movies. 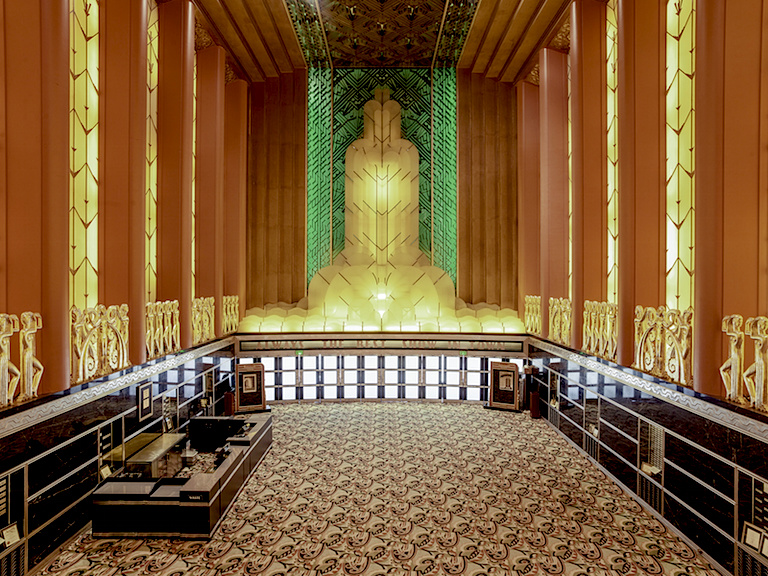