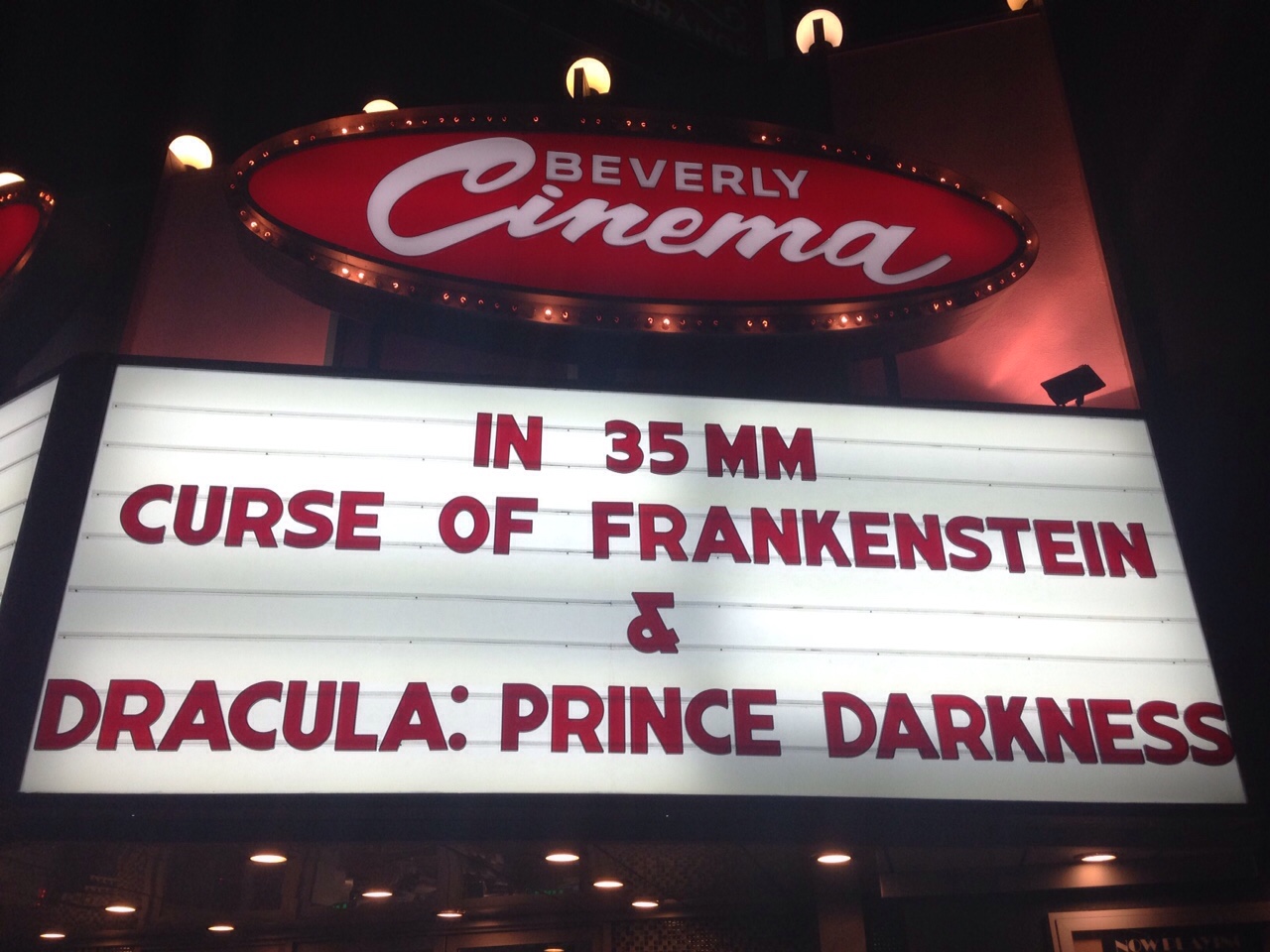 The building began life as a vaudeville theater, hosting acts such as Dean Martin, Jerry Lewis, Jackie Gleason, Phil Silvers, and others. Later, the theater was converted into a nightclub called Slapsy Maxie’s, named after the boxer and film actor Maxie Rosenbloom. In the late 1950s, the space was converted into a movie theater, with several incarnations. These include: The New Yorker Theater, the Europa (specializing in foreign films), the Eros (pornographic films) and finally the Beverly Cinema, a grindhouse which incorporated live nude dancing.

The theater was closed in September 1977, and changed management months later. On May 5, 1978, The Beverly Cinema debuted a new programming format with a double feature of A Streetcar Named Desire and Last Tango in Paris. Since that time, the theater has run a continuous series of double features, comprising modern and classic films in a wide variety of genres. It is the last continuous repertory revival house in Los Angeles.

In December 2007, to save the property from redevelopment, filmmaker Quentin Tarantino bought the building that houses the New Beverly Cinema, effectively making him the theater’s landlord. In September 2014, seven years after acquiring the theater, Quentin Tarantino took over the programming duties. The cinema will continue showing double features exclusively in 35mm (or 16mm, depending on print availability). Features are usually preceded by a curated collection of vintage cartoons, shorts, and trailers.