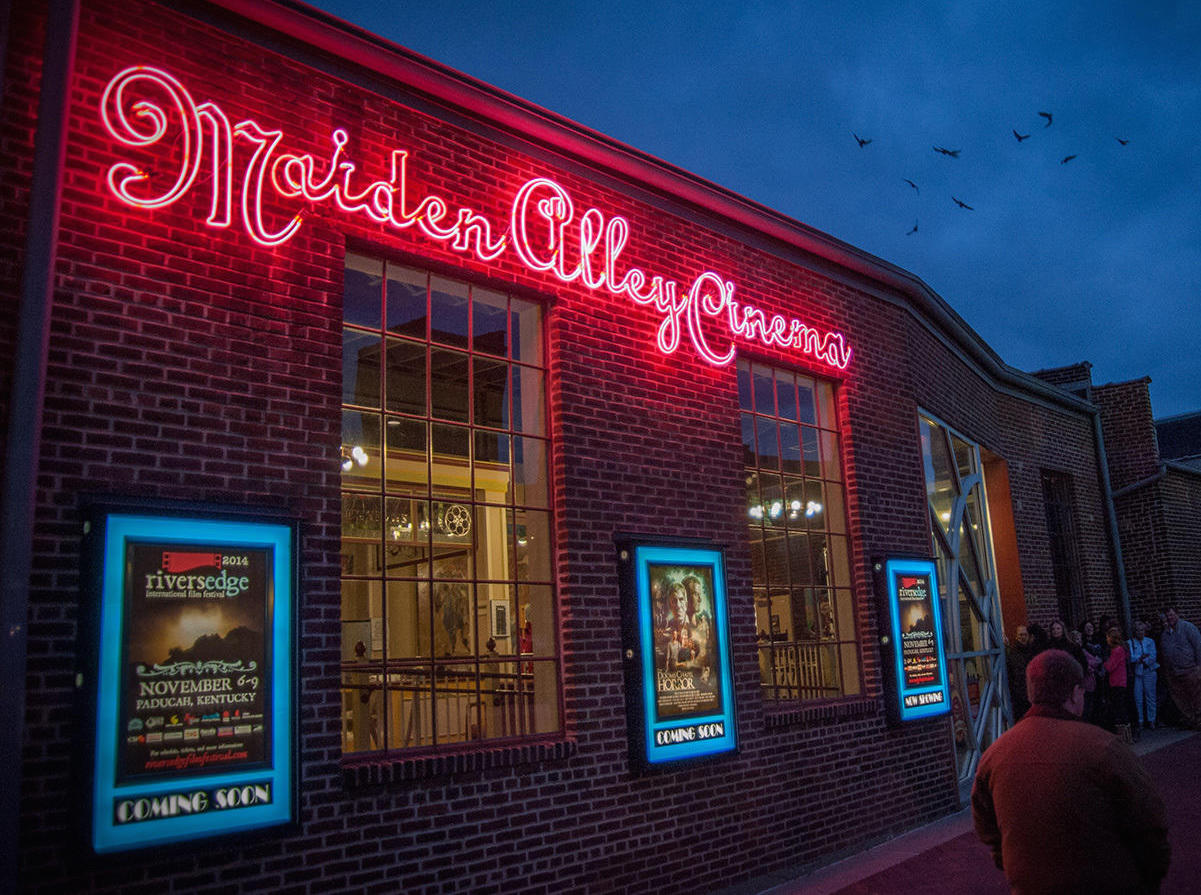 The Paducah Film Society was founded in 1991 by a group of arts-minded individuals who saw a need for an outlet for foreign, independent, and documentary film. For the first five years of operation, PFS screened one film per month, Sundays at the Cinema. As interest increased within the community, programming expanded to multiple screenings. While the space rented from Paducah’s Market House Theatre was adequate, there were limitations as to how often films could be presented due to the demand of the Market House’s live production programming. A new home was needed, and Maiden Alley Cinema was born.

Since then, Paducah Film Society (Maiden Alley Cinema) has become one of the area’s leading arts organizations, bringing the art of the film to a much wider audience. The regular weekly films, special film events, live music series, children’s programs and vintage film series provide an ever-changing and exciting embellishment to the growing cultural community of Paducah, Kentucky.