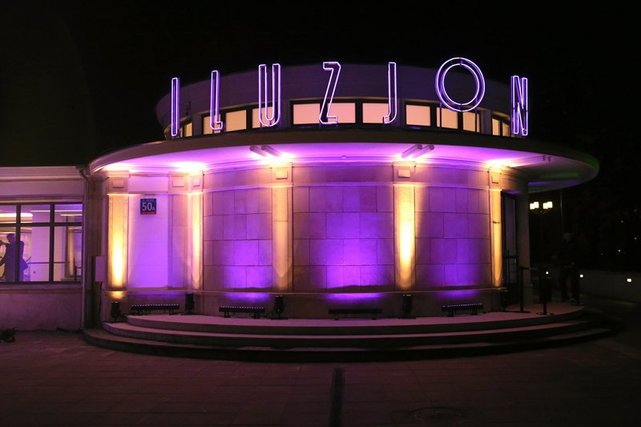 Modern dwusalowe , air-conditioned movie theater showing film classics and the latest achievements of world cinematography and Polish. This cinema of the “museum” in the name. It has a special status archival cinema. It is under the care of the National Film Archive, which pursued in accordance with its motto “Memory film” protects and often restores Polish culture, its film heritage. ILUZJON belongs to the Network of Arthouse Cinemas.

Before ILUZJON turned into a multimedia Film Museum – which is updated property (dwusalowy) equipped with the most modern projection (with the possibility of playback formats from 16 mm to 3D) – often changed their address. In 2016, it will celebrate its 60th birthday. Current headquarters in Mokotów at Narbutta 50A (a historic former cinema CAPITAL) gained only in 2009 (with the support of the Ministry of Culture and National Heritage). Their special status (cinema archive) ILUZJON owes belonging to the National Film Archive provided with the (one of the largest in Europe!) Collection of archives and video – pre-war, post-war and contemporary.