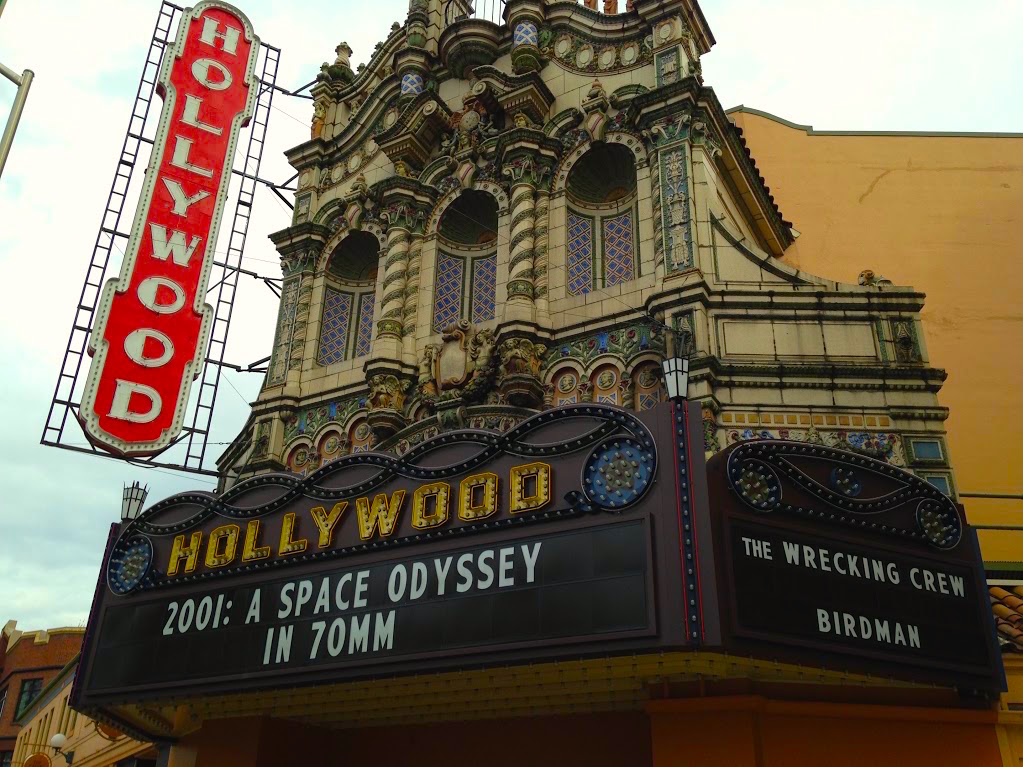 The Hollywood Theatre is a historic, non-profit theater that runs a mixture of first run, repertory and special event screenings. The Hollywood’s popular 35mm series include Cinema Classics, Kung Fu Theater and monthly Grindhouse screenings, and they are the only 70mm theater in the state of Oregon.

On Saturday, July 17, 1926. at 2:00 pm, the Hollywood Theatre opened its curtains for the first time, presenting More Pay – Less Work.   It was a momentous occasion – for the city and for the neighborhood, which then became known as Hollywood.

When the 1,500-seat Hollywood Theatre first opened, a local advertisement called it a “palace of luxury, comfort and entertainment unsurpassed by any theatre on the Coast.” The Hollywood was the last venue in Portland built as both a vaudeville house and a movie theatre. Though sound was not fully introduced until 1927, there was plenty of lively sound in the place – provided by performers of all kinds, plus an eight-piece orchestra and organist.

Designed by Bennes & Herzog architects of Portland, the Hollywood is Spanish Colonial Revival in style. At the time, it was similar in style to some theatres, but different in its location. Most movie palaces were located in downtown areas. The Hollywood was built in an outer neighborhood on Sandy Blvd., with good streetcar and automobile access. It was a popular destination in Portland.

As decades rolled on, the Hollywood kept changing with the times. In the early 1960s the Theatre became the first Cinerama facility in the Pacific Northwest. The ultra-widescreen film format required the addition of two projection booths and a huge wrap-around screen.

Although attention was brought to the Theatre when it was listed in the National Register of Historic Places in 1983, the Hollywood had become an old dame over the years. It had fallen on hard times and operated as a second-run discount movie house. Fortunately, the sad story took a turn in the late 1990s.

In 1997, the non-profit Film Action Oregon (FAO) acted to preserve an important part of Oregon’s cultural history and purchased the Hollywood Theatre. FAO realized the essential role the Theatre plays in the Northeast Portland community. They began to transform the neglected theatre into the local treasure it once was. In 2011, the non-profit dropped the name Film Action Oregon, and now is just known as the Hollywood Theatre. The name lives on and so does its legacy. 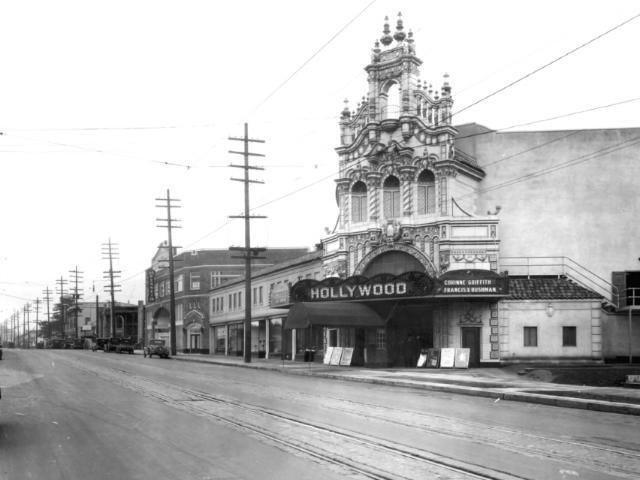