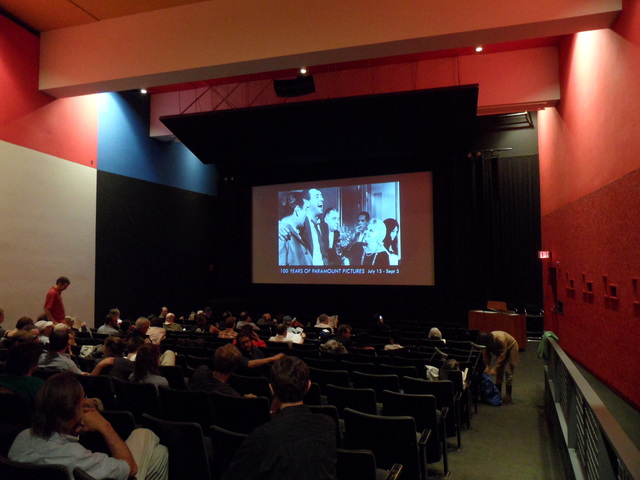 The Harvard Film Archive’s cinematheque presents films Friday through Monday nights year round. Open to the public, all screenings are held in the Archive’s 200-seat theater featuring state-of-the-art film and digital projection located in the historic Carpenter Center for the Arts.

The Harvard Film Archive is one of the largest and most significant university-based motion picture collections in the United States, with a collection of well over 25,000 audio visual items from around the world and from almost every period in film history. As a division of the Harvard Library, the HFA supports the research and study of cinema at Harvard by making films from its collection available for study purposes, for individual viewing appointments and for classroom screenings. The HFA’s collection of film and video material, as well as its many posters, documents and ephemera are accessible to faculty and students at Harvard, as well as to outside researchers, through our academic research services.

Established with the assistance of the Luce Foundation and the National Endowment for the Humanities in 1979, the Harvard Film Archive has grown into an incomparably rich resource for scholars and filmmakers. A division of Harvard University’s Fine Arts Library, the HFA is an affiliate of the International Federation of Film Archives.