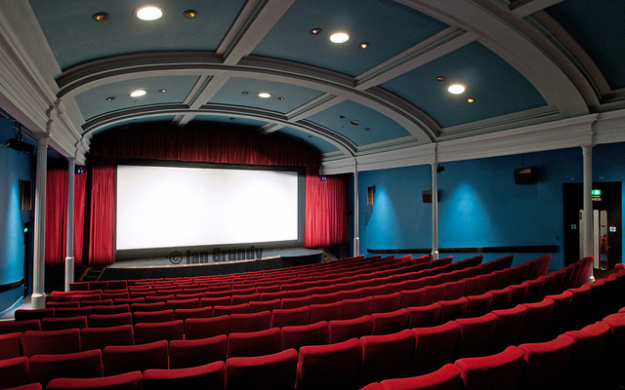 Filmhouse is a world-class, three-screen independent cinema showing a wide range of films from all over the world, from quality crowd-pleasers and family films to esoteric arthouse works, via restored classics, retrospectives and themed seasons and festivals.

Its home at 88 Lothian Road is in a former church, which was taken over in 1976 and commenced screenings at in 1978. At first there was only one 90-seat screen (now Cinema 2), accessed via a back door on Chuckie Pend, off Morrison Street, but by 1985 the restoration work was complete, and Cinema 1, the bar and the front doors were opened. Cinema 3 was added in 1997.

Filmhouse’s programme includes around 700 films and events every year, screened digitally (in 2D and Active 3D) and 35mm, 16mm, and 70mm.

Over the years, Filmhouse has had hundreds of special guests at its screenings and other events, including the likes of Andrei Tarkovsky, Michael Powell, Martin Scorsese, Richard Attenborough, Sean Connery, James Mason, Derek Jarman, Kenneth Anger, Tom Stoppard, Jimmy Cliff, Ian Dury, Kenneth Branagh, Terence Stamp and Francesco Rosi. Amongst those we were privileged to welcome here in 2013 were Andrei Konchalovsky, Borgen’s Sidse Babett Knudsen, Monika Treut and Jörn Donner.

Since its inception, Filmhouse has been the home of the Edinburgh International Film Festival and has been host to many fantastic screenings and events as part of the festival. The two organisations have always worked closely together, and this arrangement was formalised in 2010 with the formation of the Centre for the Moving Image (CMI), a registered charity which incorporates Filmhouse, Belmont Filmhouse and Edinburgh International Film Festival.