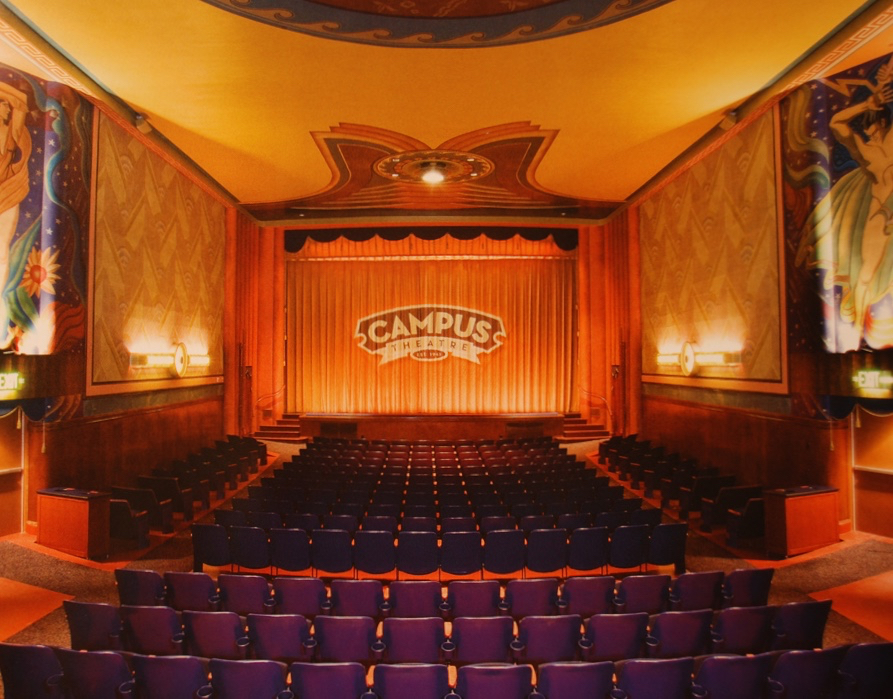 The Campus Theatre, located in Lewisburg, PA, is nestled in the picturesque Susquehanna River Valley and opened its doors on January 17, 1941 just 11 months shy of the attack on Pearl Harbor.

Designed by architect David Supowitz, and built by the Stiefel Brothers, the Campus Theatre is one of the last of dwindling number of single screen art deco movie palaces in the country. Supowitz was renowned for his Revival Art Deco architecture, and his characteristic style graced 24 movie theatres in Pennsylvania, New Jersey and other locations. Of the 24, less than five remain open today and of those, the Campus Theatre is the crown jewel and has enjoyed a wonderful rebirth.

Over the years, The Campus Theatre has survived with astonishingly few changes. The majority of the theatre’s original 1941 architecture, murals and decor remain intact today. Upon opening, the theatre boasted of its completely fireproof structure, state of the art (in 1941) air conditioning and heating systems, chrome turnstile for “ticketless” ease of entry, and seats containing springs that automatically rose when not occupied. The building’s finely appointed interior, from its mirrored lobby and lounge furnishings to the wall and ceiling murals and light fixtures, was marked by luxurious Art Deco quality incorporating rich materials including bronze leafing and novel decorative motifs.

Having survived economic recession, competition from cable television, videos, mall-based multiplexes, real estate development, and above all, age, The Campus Theatre continues to be valued and supported by the Lewisburg community for its importance in their social, architectural, cultural and local family history while striving to maintain its position as an economic anchor for Lewisburg’s downtown Market Street.

The Campus Theatre, Ltd. is committed to offering diverse film programming with a healthy balance of popular, fine art and independent films and entertainment that are culturally relevant and bring understanding to contemporary