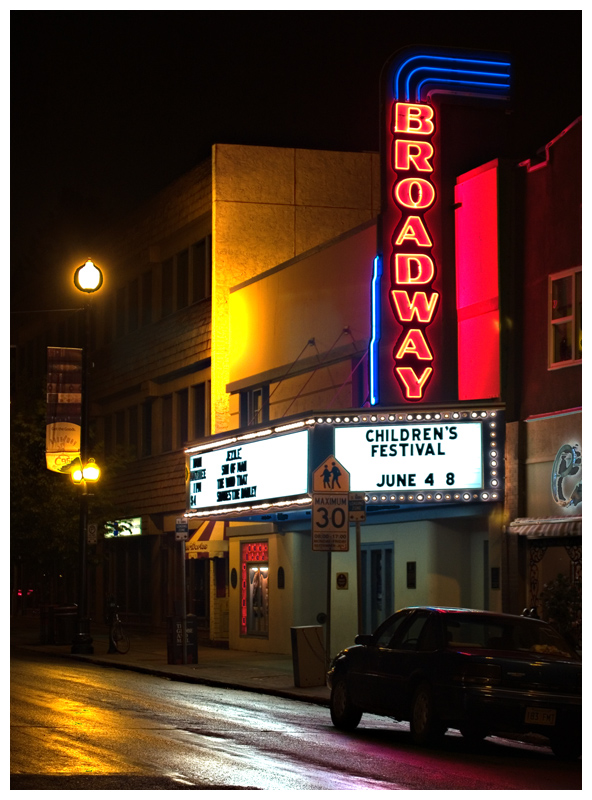 The Streamline Moderne style movie theatre was designed by George Forrester with the architectural firm of Webster and Gilbert and opened on December 5, 1946. The theatre was Broadway’s entertainment destination during the post-World War II years. It screened popular movies of the period and hosted some live musical performances on the stage in front of the movie screen. Following the neighbourhood’s decline starting in the 1950s, the theatre fell into disrepute by the 1970s when it became an “adult” movie theatre. It was restored as an art film cinema and live performance venue during the 1980s.