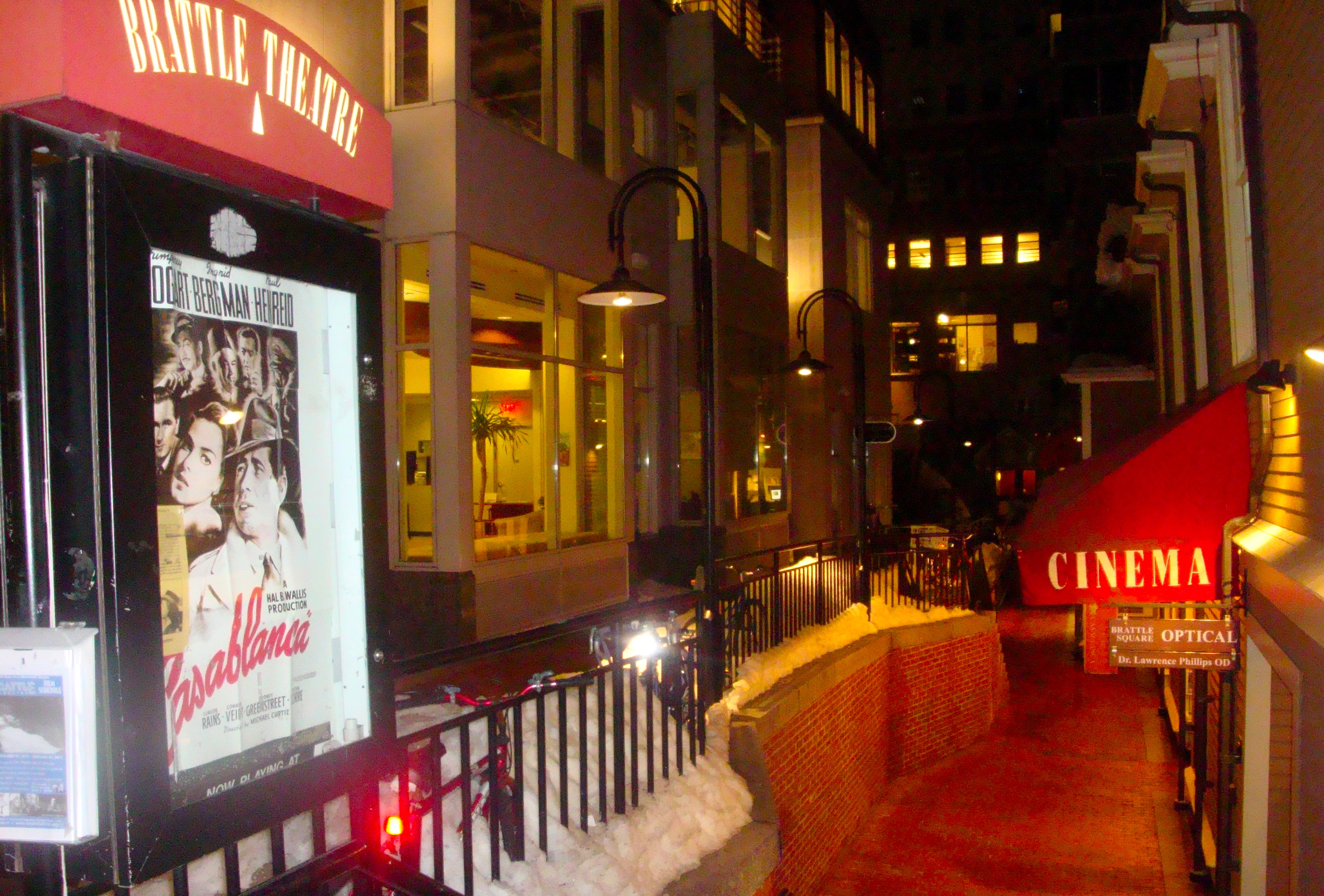 The Brattle shows the best in classic, cutting-edge, foreign, and art-house films. We also show first-run films and new releases of classic films, but our specialty is a repertory programming format consisting of films from a particular director, genre, or subject shown over the course of a week, or on the same weekday throughout the month. Visit our Series Archive to learn more about past repertory programs.

Movies have been shown at the Brattle Theatre since 1953, when Bryant Haliday and Cyrus Harvey Jr. started things off with a screening of the German film, Der Hauptmann von Köpenick (The Captain from Köpenick). Haliday and Harvey later founded Janus Films for the purpose of distributing foreign films nationwide.