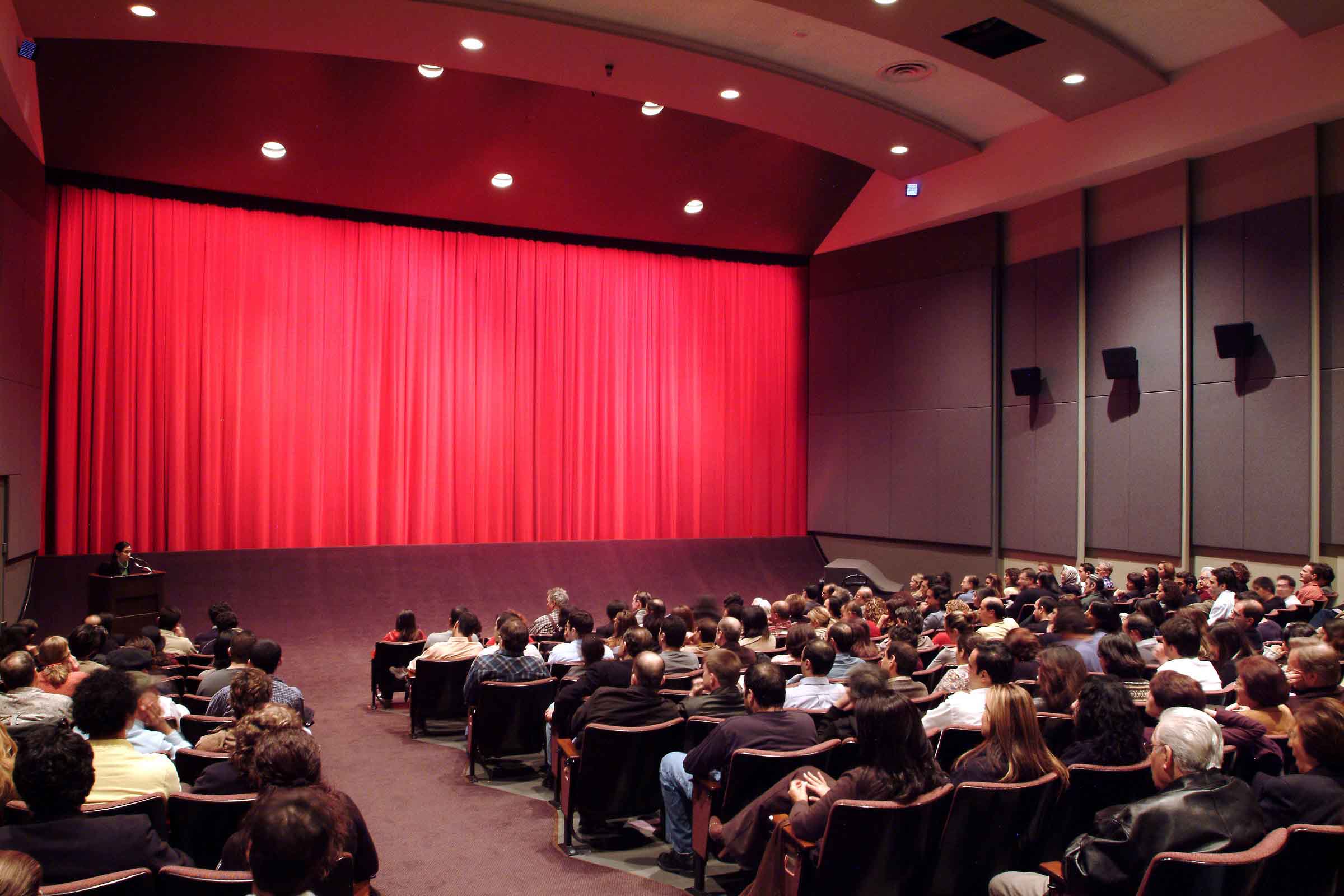 The UCLA Department of Film, Television and Digital Media’s main screening location is the state-of-the-art James Bridges Theater, an elegant, comfortable venue that supports media presentations in a wide variety of film and video formats.

Named in honor of the late two-time Academy Award nominee James Bridges, director and writer of The China Syndrome, the theater became one of Southern California’s outstanding screening locales thanks to the generous support of the filmmaker’s partner, actor Jack Larson, and the Bridges/Larson Foundation.

Available for rental and located adjacent to the elegant Broad Art Complex and renowned Murphy Sculpture Garden on the UCLA campus, the 278-seat theater boasts a large lobby that is ideal for receptions. MGM, The Society of Motion Picture and Television Engineers, The American Society of Cinematographers, and the UCLA Film & Television Archive have all held high profile, technically complex events at the theater.

The James Bridges Theater has been completely renovated with a state-of-the art sound system and is one of the few theaters in the United States that can accommodate both nitrate and safety film stock in 16mm, 35mm and 70mm, as well as a variety of video formats, including the latest in 4K digital projection.