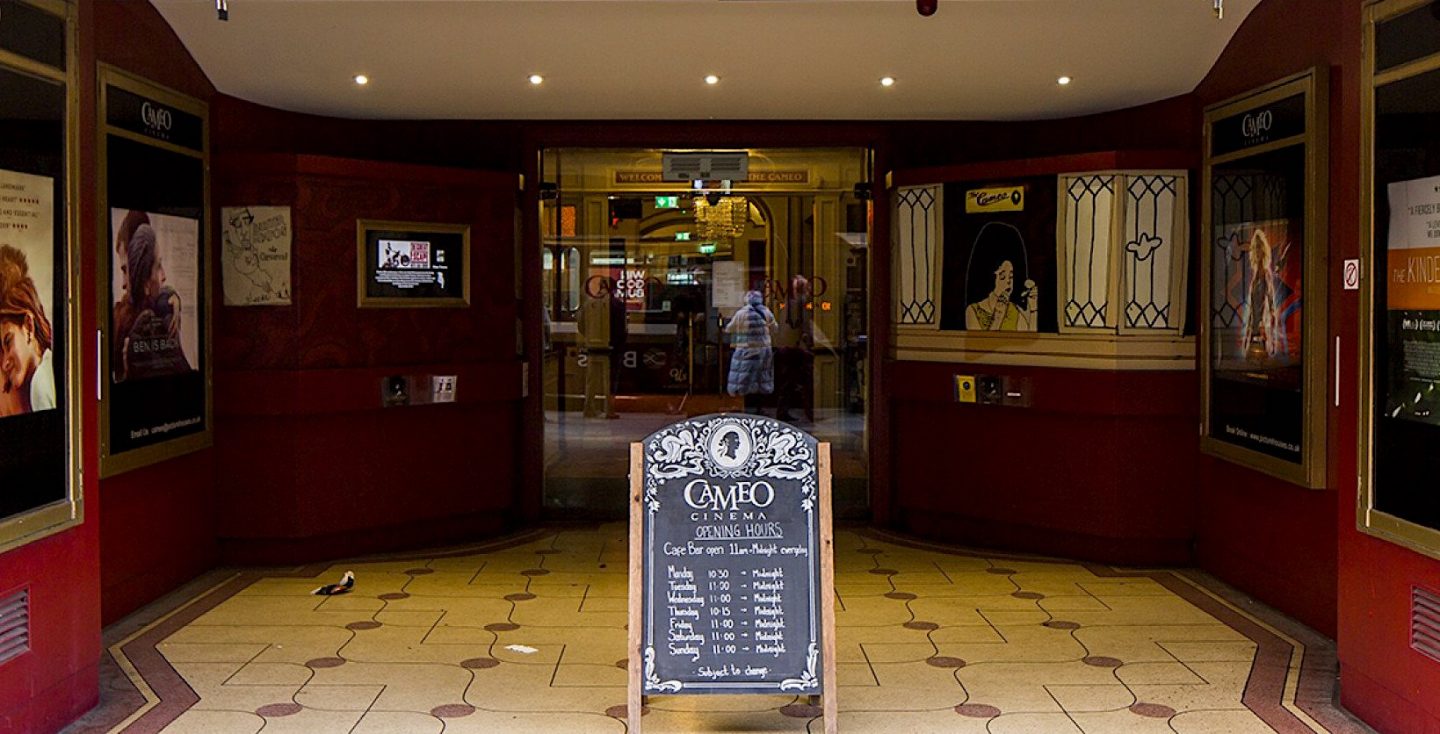 Originally opened as the King’s Cinema on 8 January 1914, The Cameo is one of the oldest cinemas in Scotland. The original screen was mirrored – the first of its kind in Scotland – and there were 673 seats in an auditorium showing silent films with orchestral accompaniment. In 1930 the cinema was fitted for sound. It was refurbished in 1949, when it was renamed The Cameo, and it quickly established a reputation for screening art-house films and became part of the Edinburgh International Film Festival circuit.

In the mid-1980s two extra screens were added and the original main auditorium was restored to its full Edwardian splendour. In more recent years the bar was extended and transformed. Today The Cameo enjoys a reputation as one of Edinburgh’s little gems and is a warm and welcoming home for cinemagoers and cineastes.