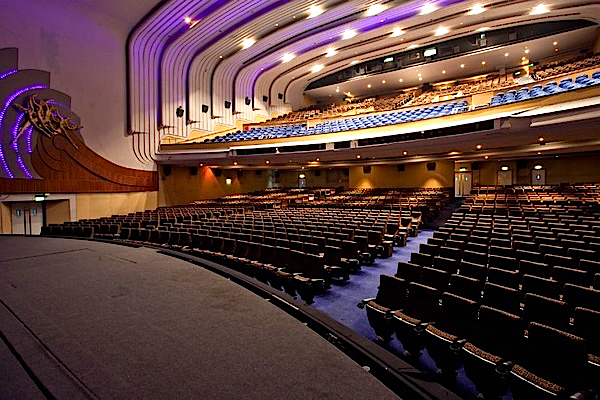 The Odeon, opened November 2, 1937, is the largest single-screen cinema in the United Kingdom and one of the few with its circle and stalls remaining intact. The cinema is fully equipped to show films in 35mm, 70mm and digital on a large screen, as well as extensive stage facilities for the occasional live show.

The cinema still has an operating Compton organ, its console lit from within by coloured lighting, and a safety curtain detailed in 1930s art-deco motifs.
Two sets of tabs (curtains) are also installed and used for most performances. The cinema houses all major digital sound systems: Sony Dynamic Digital Sound, Dolby Digital and DTS. It had the UK’s first wide-screen installed in 1953, and more recently, was the first to have a digital projector installed in 1999.

There are 1683 seats with a large circle bar and even ‘Royal Retiring Room’ for visiting monarchs. Seating is divided between the Royal Circle, Rear Circle and Stalls.