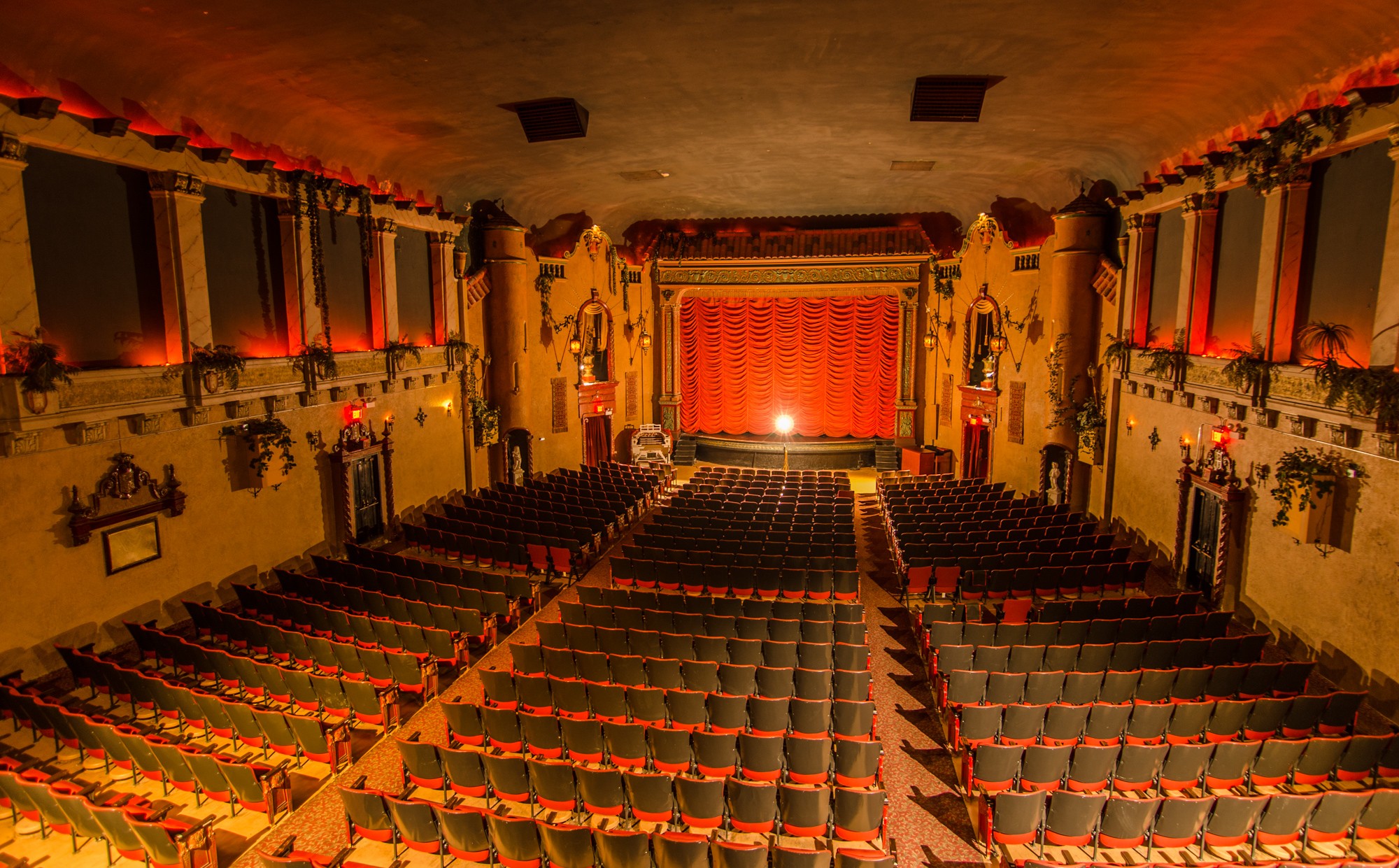 The Music Box Theatre retains its original architecture and design. With a dark blue ceiling, “twinkling stars” and moving cloud formations suggesting a night sky, and walls and towers suggesting an Italian courtyard, patrons are made to feel as if they are watching a film in an open-air Tuscan palazzo. The Music Box opened on August 22, 1929, a time when the movie palaces in downtown Chicago each had seating capacities of around 3,000 people. The Music Box, which sat 800, was considered an elaborate little brother to those theatres. Theatre Architecture magazine noted in 1929 that the theatre “represents the smaller, though charming and well equipped, sound picture theatre which is rapidly taking the place of the ‘deluxe’ palace.”

As Chicago Tribune architectural critic Paul Gapp wrote (Arts and Books, July 31, 1983), The architectural style is an eclectic melange of Italian, Spanish and Pardon-My-Fantasy put together with passion. The actual style is called “atmospheric”. The dark blue, cove-lit ceiling with “twinkling stars” and moving cloud formations suggests a night sky. The plaster ornamentation of the side walls, round towers, faux-marble loggia and ogee-arched organ chambers are, by Hollywood standards, reminiscent of the walls surrounding an Italian courtyard. Overall the effect is to make the patron feel that they are watching a film in an open air palazzo.

In 1983 management reopened the theater with a format of double feature revival and repertory films. Eventually, foreign films were reinstated, and independent and cult films were added to the roster. The Music Box Theatre now presents a yearly average of 300 films.

In 1991, management decided to add a second screen. Rather than split the main theater in two, a small theater was built in an existing storefront adjacent to the lobby. The ambiance of the theatre was designed to echo the architecture of the main auditorium. The feeling is still atmospheric but because of the 13-foot ceiling, the feel is that of sitting under a garden trellis with stars in the night sky beyond.

For the last two decades, the Music Box Theatre has been the premiere venue in Chicago for independent and foreign films. It currently has the largest theater space operated full time in the city. The Music Box Theatre is independently owned and operated by the Southport Music Box Corporation. SMBC, through its Music Box Films division, also distributes foreign and independent films in the theatrical, DVD and television markets throughout the United States.