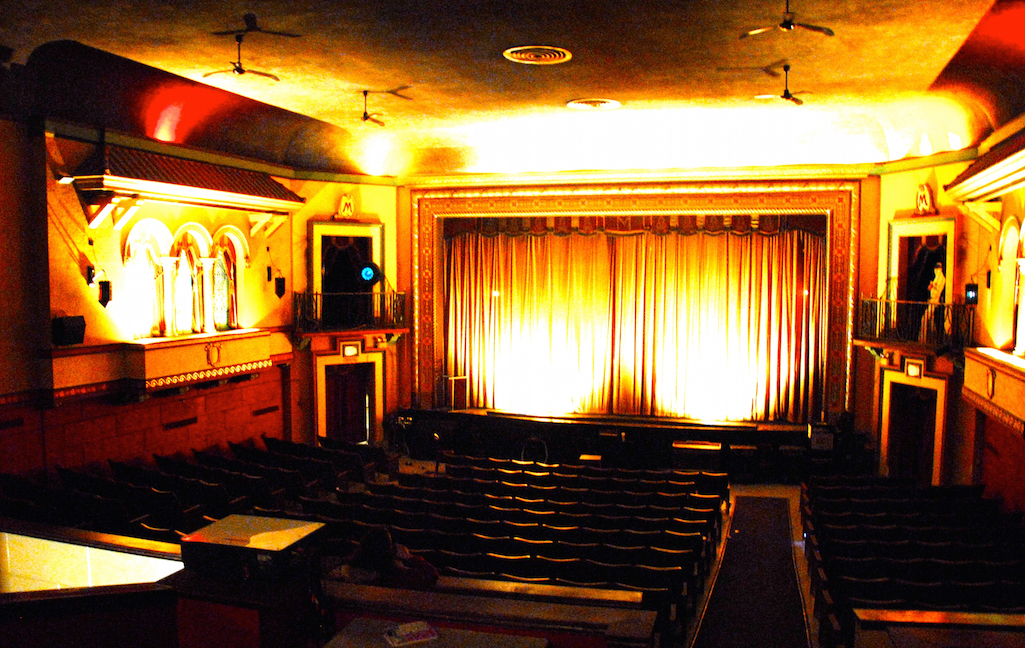 Built in 1932 in the depths of the Great Depression, the Mayfair Theatre is one of Ottawa’s last two neighborhood cinemas, and one of the oldest surviving independent movie houses in all of Canada. It has the distinction of never having been owned by, or affiliated with, any of the major cinema chains.

The Mayfair is notable for the fact that it contains a number of architectural features that make it unique in Ottawa, and possibly in Canada. It is one of the few surviving examples of an “atmospheric cinema”, built with a particular theme to enhance the movie-going experience and draw the movie-goer into the world of the imagination. The same architectural features that were incorporated into its interior design in 1932 – the detailing that suggests a Spanish-style villa – have been virtually untouched over these past seventy-six years.

When you visit, take a few moments to appreciate:

the four faux-balconies draped with rich fabric to suggest the presence of “hidden” staircases and hallways behind the auditorium walls;
the two larger balconies topped with clay-tile canopies evoking the roofs of a Mediterranean public plaza;
the decoration, including medieval-style wrought-iron lamps, iron spears and ornate moulding; and
Ottawa’s last remaining auditorium clock, in use since the building’s inception and left over from the days when parents would drop their kids off at the theatre for a day of movie-serials.
In 2008, the Mayfair was declared an official heritage building by the City of Ottawa for its unique architectural and cultural value to the nation’s capital. The Mayfair’s Heritage Designation Plaque is located on the building’s southeast corner.