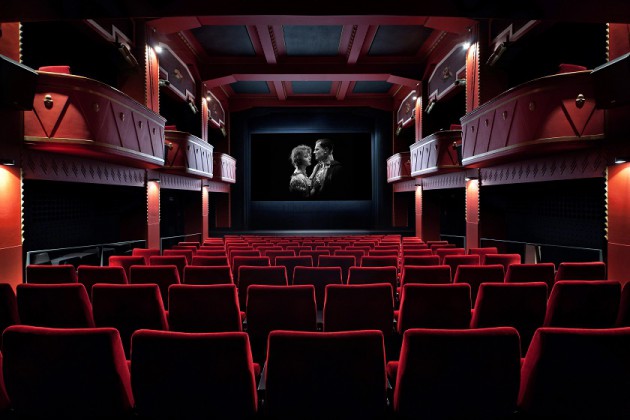 Kinodvor is an arthouse cinema in Ljubljana whose main aim is to screen a diverse selection of quality films. It’s mission is to promote film culture, starting with film education of young audiences, and to meet the needs of more demanding cinephiles. Kinodvor’s vision is to continue positioning itself as a lively festival and social meeting point.

The Ljubljanski Dvor Cinema was built in 1923 to give the capital a luxurious “cinema theatre.” In the 1920s, this kind of film theatre was being built in every European city that wanted to enhance its prestige. The style of the building is that of restrained late Art Nouveau, while its interior is more luxurious.

After many single-screen cinemas closed down due to the opening of multiplexes in Slovenia, the Slovenian Cinematheque, the Municipality of Ljubljana, and the Slovene Ministry of Culture joined efforts to bring film culture back to the city centre by renovating and launching Kinodvor as one of the first exclusive art house cinemas in the country.

Since October 2008 Kinodvor’s program policy is embodied by its orientation towards a new type of cinema called “event cinema,” where the focus is on the cinema-going experience enriched with special events. From 2008 to 2012 Kinodvor’s attendance has been on the rise. Since 2012 it has had annually over 120,000 admissions.

In addition to its Digital Projectors, the theater is equipped with a 2008 Kinoton FP25 D 35mm projection system.