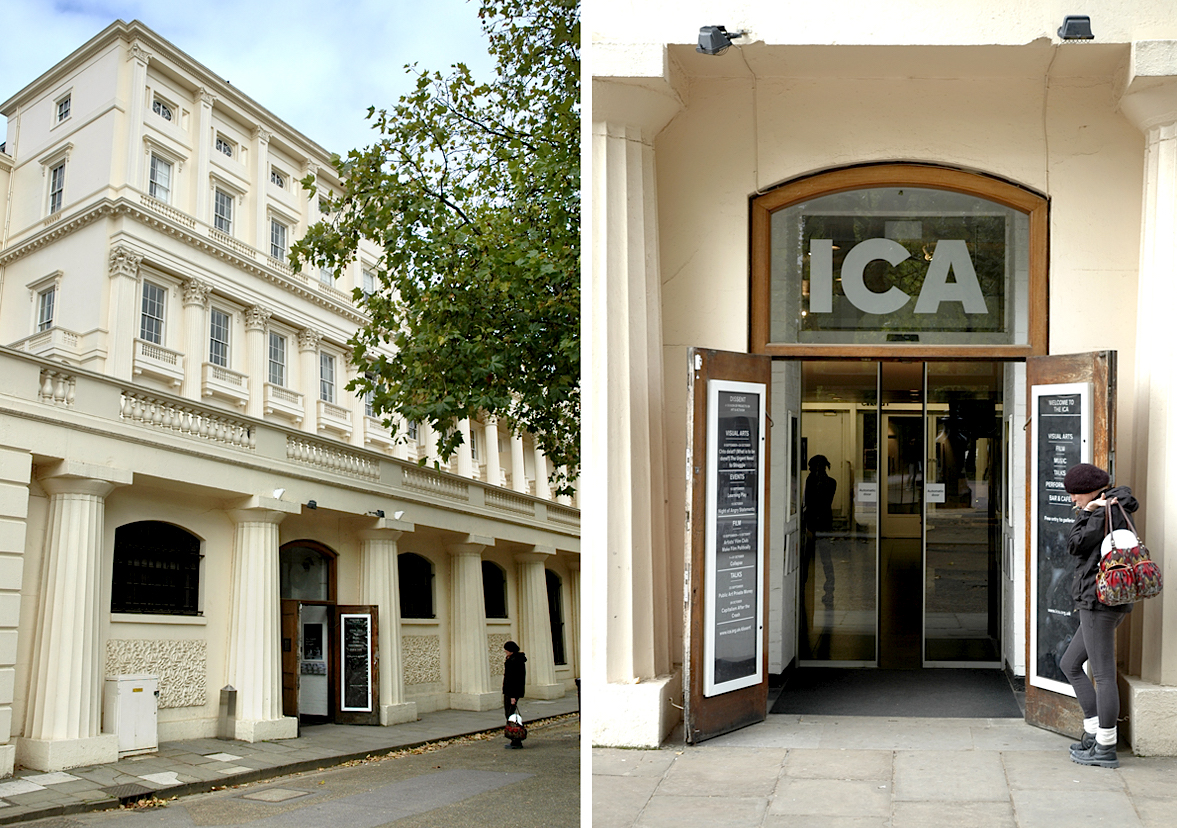 The Institute of Contemporary Arts (ICA) is an artistic and cultural centre on The Mall in London, just off Trafalgar Square. It is located within Nash House, part of Carlton House Terrace, near the Duke of York Steps and Admiralty Arch. It contains galleries, a theatre, two cinemas, a bookshop and a bar.

The ICA was founded in 1947. In the late 1940s, the ICA met in the basement of the Academy Cinema, 165 Oxford Street. The Academy Cinema building included the Pavilion, a restaurant, and the Marquee ballroom in the basement. With the acquisition of 17 Dover Street, Piccadilly, in May 1950, the ICA was able to expand considerably. With the support of the Arts Council, the ICA moved to its current site at Nash House in 1968.