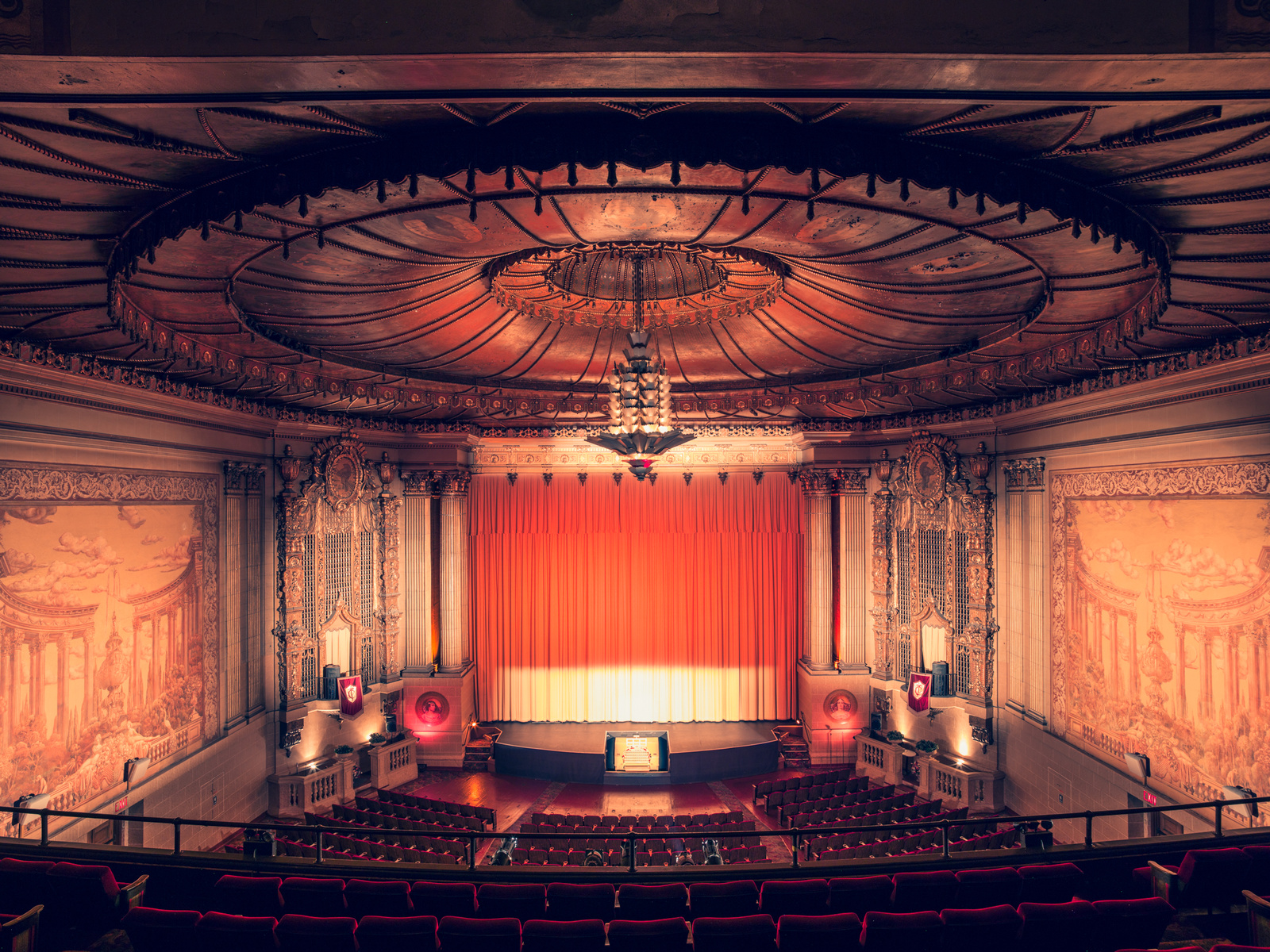 The Castro Theatre was built in 1922 by pioneer San Francisco theatre entrepreneurs, the Nasser brothers, who started with a nickelodeon in 1908 in the Castro neighborhood.

The Castro was built at a cost of $300,000. The Castro’s designer was Timothy L. Pflueger (1894-1946) who went on to become a famous Bay Area architect. In 1977, the Castro was designated City of San Francisco registered landmark number 100. It is one of the few remaining movie palaces in the nation from the 1920s that is still in operation.

The auditorium seats over 1400 in a fantasy setting that is both lavish and intimate. Both side walls of the auditorium are covered with classic motif murals which were created in a wet plaster process called scrafitto. This type of wall decoration is rare.

From 1922 until 1976 the Castro showed first and second run mainstream films. Then, in 1976, the theatre was leased to Surf Theatres and later to Blumenfeld Theatres. These two chains proceeded to change the exhibition format to repertory cinema, foreign films, film festivals and special first run presentations.

In 1982 the theatre’s old Conn organ was replaced by a mighty Wurlitzer organ. Ray Taylor and his sons Dick and Bill began assembling the all-Wurlitzer pipe organ in 1979. 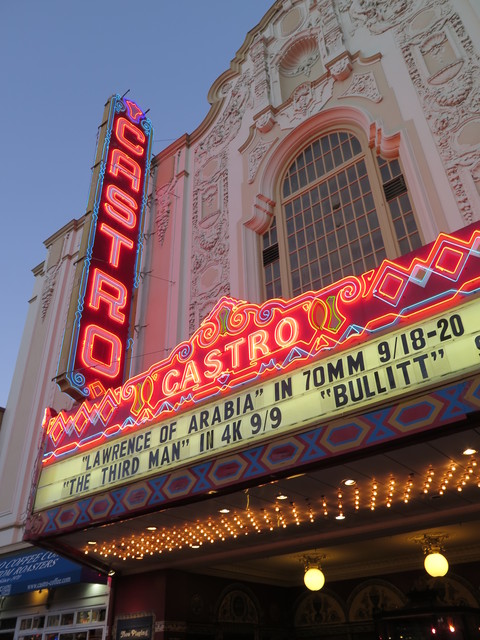