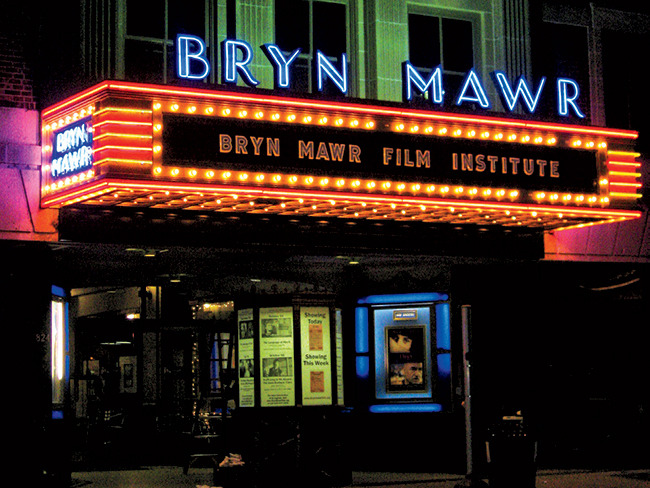 The Seville Theater was built in 1926 to emulate the big city movie palaces, with ornate chandeliers, intricate ceiling details, a dramatic sky-lit atrium, and an exotic name all contributing to the immersive film experience. The architect, William Harold Lee (1884-1971) was a Philadelphia designer of over 200 theaters, most of which no longer exist. The Seville was one of six movie houses built along the Main Line in the 1920’s. Four of the six still exist as movie theaters, in varying degrees of alteration from their original design. With its still-intact façade and atrium, Bryn Mawr Film Institute retains one of the highest levels of integrity of this group.