This 12-minute film created by Joseph O. Holmes features clips from 50 different films that take place in a projection booth, from Buster Keaton’s “Sherlock, Jr.” all the way up to Tarantino’s “Inglorious Basterds.”

The short debuted at the Redstone Theater at The Museum of the Moving Image on October 4, 2013, as part of the opening reception for Holmes’s “The Booth: The Final Days of Film Projection,” an exhibition of photographs. 39 images from his still-photo project “The Booth” can be viewed on his portfolio site: josephholmes.io/Portfolio/The-Booth-(2012)

85 Years of the Projection Booth in Movies 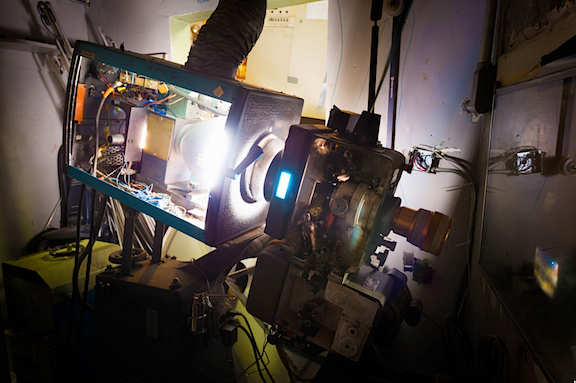